Home All News World Drought-Proof ‘Cooling Houses’ Use Saltwater and Cardboard to Grow Tons of Healthy... 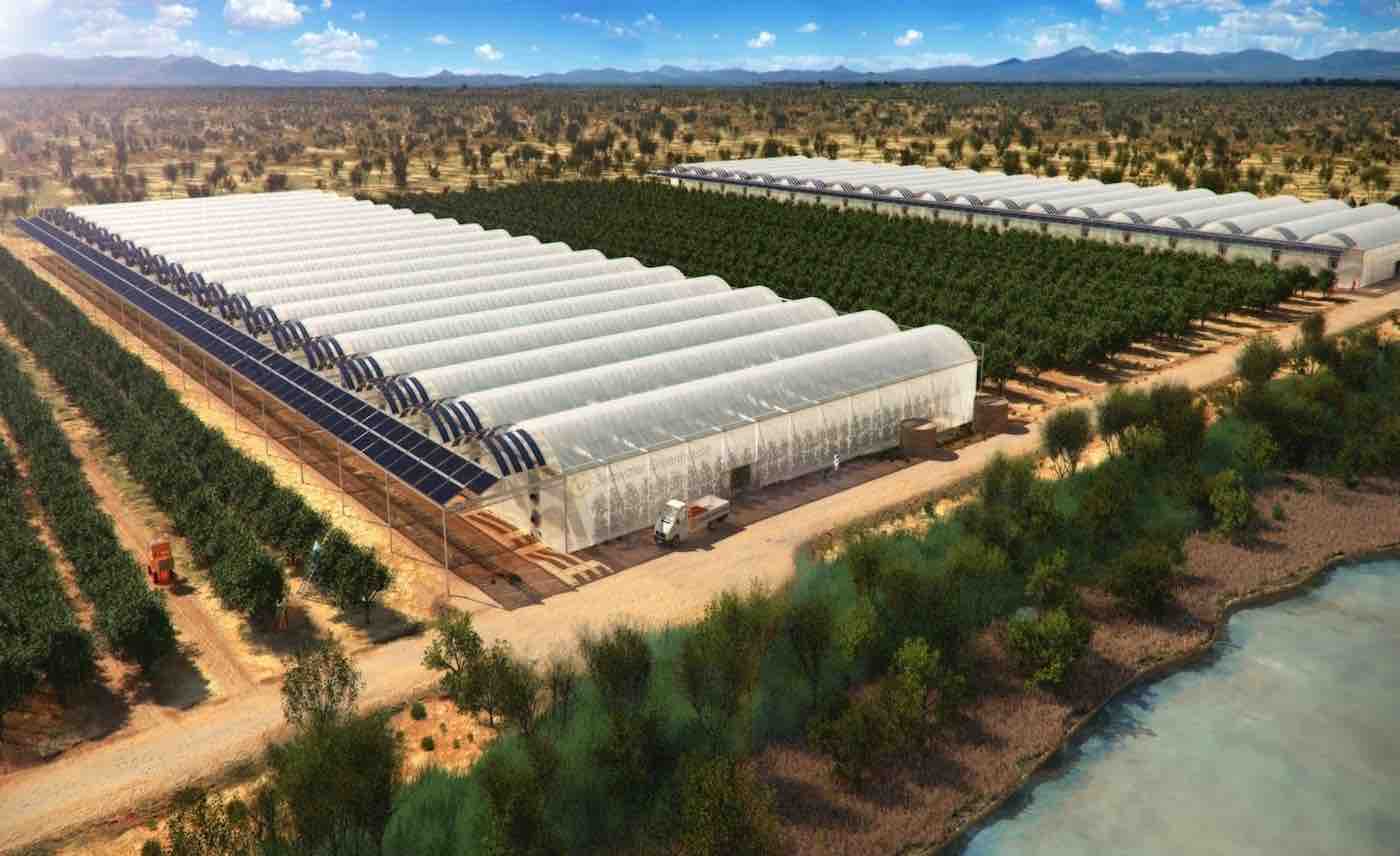 Saltwater and dry desert climates may not seem like a good recipe for growing healthy produce, but that is exactly what a group of scientists has managed to do.

Researchers from the UK-based Seawater Greenhouse company have discovered a drought-proof way to farm fruits and vegetables simply by using solar power and saltwater for irrigation and cooling.

The company has launched plantation projects in arid regions such as Australia, Abu Dhabi, Somaliland, Oman, and Tenerife. Despite the harsh climate of these locations, the plantations are able to grow thousands of pounds of produce simply by making “cooling houses” out of thick walls of dampened cardboard.

While glass greenhouses are designed to keep gardens moist and warm, the cardboard structures use “evaporative cooling” to keep the interior of the plantation structures humid and cool.

The design of the corrugated cardboard panels helps to cool down the wind coming from the outside of the structure. At the same time, a small solar-powered pump dispenses seawater at the top of the panels so that it can trickle down through the walls of the cardboard for evaporation.

Additionally, since the seawater is repeatedly collected and recirculated throughout the cardboard panels, the salt can precipitate onto the exterior of the walls. Not only does this help to fortify the cardboard, it can also be harvested and sold for commercial profit.

CHECK OUT: This Tasty Seaweed Reduces Cow Emissions by 99%—and It Could Soon Be a Climate Gamechanger

According to Seawater Greenhouse founder Charlie Paton, you would only need about 10 square miles (2,000 hectares) of these structures to feed all of Somaliland—which is a country of about four million people.

Upon completing the company’s Somaliland project in November 2017, it now produces about 300 to 750 tonnes of tomatoes per year—and Paton says that he is excited for his company to launch even more projects in drought-prone regions around the world.

(WATCH the FreeThink video below) – Photo by Seawater Greenhouse