Home All News Health Drug That Can Stop a Dozen ‘Untreatable’ Cancers Gets Approval—And Company Vows... 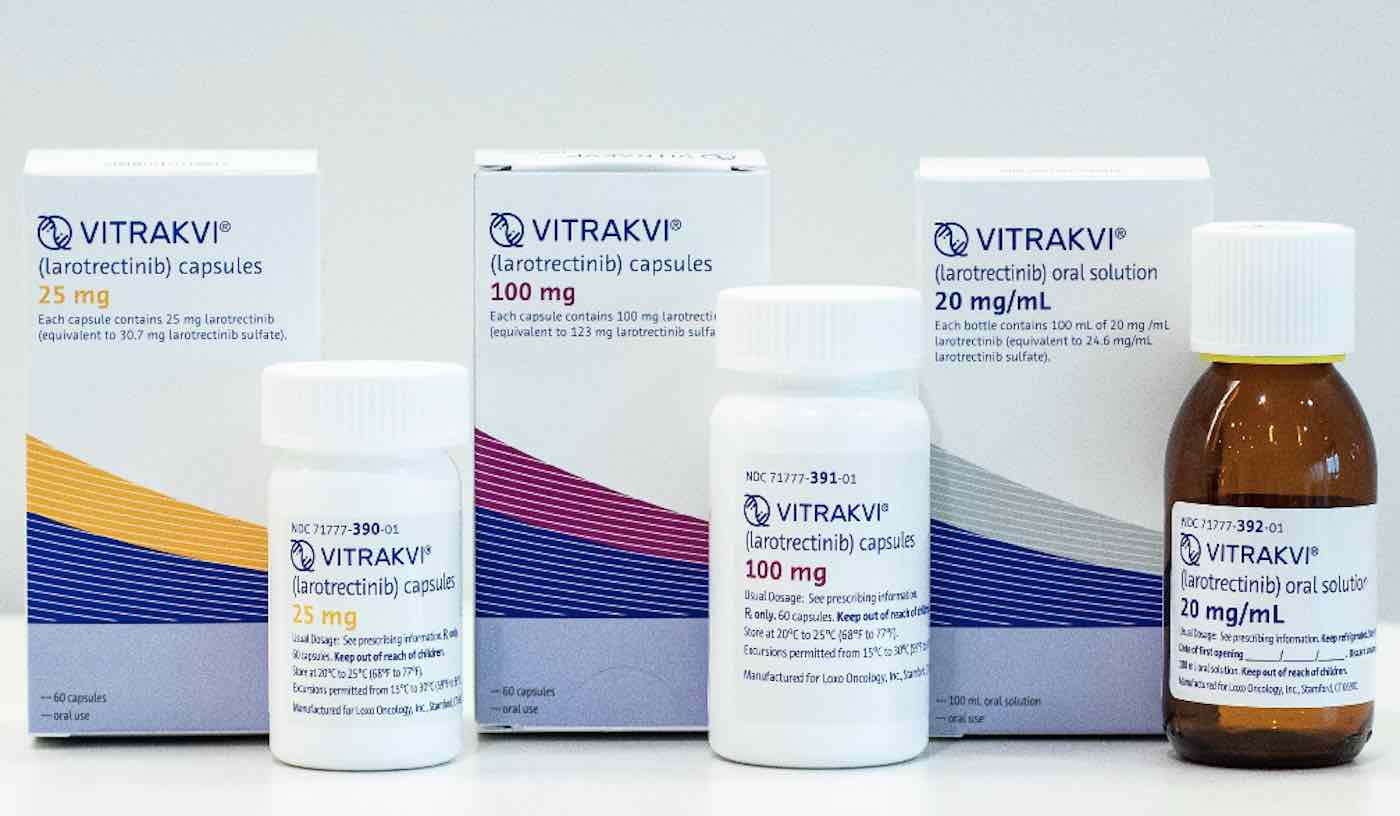 The FDA has just approved a first-of-its-kind drug that can target and treat over a dozen different kinds of cancers based on a common gene, rather than its location in the body.

Larotrectinib is an oral drug that received accelerated breakthrough status after it displayed remarkable success in treating adult and pediatric cancers that currently have no satisfactory alternative treatments or have progressed following treatment.

This is the second ever FDA-approved drug that treats cancers based on a certain genetic trait, regardless of the patient’s age or cancer type, and it is the first drug to ever treat cancers that contain the specific NTRK gene that is present in several common forms of adult cancer and many forms of rare pediatric cancers.

“In some cancers, a part of the TRK gene has become attached to another gene, which is called a fusion. When this occurs, it leads to the TRK gene being turned on when it’s not supposed to be and that causes the cells to grow uncontrollably,” said Dr. Ted Laetsch, Assistant Professor of Pediatrics at UT Southwestern’s Simmons Cancer Center. “What’s unique about the drug is it is very selective; it only blocks TRK receptors.”

NTRK fusions are rare, but can occur in salivary gland, lung, breast, and thyroid cancers, as well as soft tissue sarcoma – and prior to this week’s FDA approval, there had been no treatment for many of the cancers that frequently expressed this mutation.

The drug was studied in three clinical trials that included 55 pediatric and adult patients with tumors that had displayed the NTRK gene fusion and were not treatable by any other means.

The drug demonstrated a 75% overall response rate that was considered especially durable, with 73% of those responses lasting at least six months, and 39% lasting a year or more at the time results were analyzed.

The most serious adverse events, relating to neurotoxicity and hepatotoxicity, were mild for over 90% of patients.

Furthermore, results of the clinical trial which only enlisted pediatric patients showed a 93% success rate, and none of the patients had to drop out of the study due to a drug-induced side effect.

“Today’s approval marks another step in an important shift toward treating cancers based on their tumor genetics rather than their site of origin in the body,” said FDA Commissioner Scott Gottlieb. “Its approval reflects advances in the use of biomarkers to guide drug development and the more targeted delivery of medicine. We now have the ability to make sure that the right patients get the right treatment at the right time.

“This type of drug development program, which enrolled patients with different tumors but a common gene mutation, wouldn’t have been possible a decade ago because we knew a lot less about such cancer mutations. Using our breakthrough therapy designation and accelerated approval processes, we support innovation in precision oncology drug development and the evolution of more targeted and effective treatments for cancer patients.”

The drug is currently being marketed by Bayer under the brand name Vitrakvi. Though the wholesale acquisition cost of the drug is $32,800 for a 30-day supply, the company has taken several steps to ensure that every patient who needs the life-saving medication will have affordable access.

For starters, the company insists that because the bulk of insurance companies will be covering the costs, most patients will only have to pay about $20 or less out-of-pocket. If there are complications with the insurance coverage, Bayer will help with expensive co-pays or provide the medication to the patient for free while the details are worked out.

CHECK OUT: A Woman Given Months to Live From Advanced Breast Cancer is ‘Cured’ in World First

If all else fails, then the company will connect the patient with a Bayer-funded charity that provides the drug free of charge.

Additionally, Bayer’s Vitrakvi Commitment Program states that if a patient does not show a response to the drug within 90 days, then they will refund the cost of the medication to the insurance company or government program, according to Forbes.

“Today’s approval of Vitrakvi is the culmination of years of hard work and research by many people to bring the first ever treatment to patients with TRK fusion cancer,” said Robert LaCaze, member of the executive committee of Bayer’s Pharmaceuticals Division and head of the Oncology Strategic Business Unit at Bayer. “In this era of precision medicine, we are delivering on Bayer’s commitment to advance the future of cancer care while providing value for patients and physicians.”