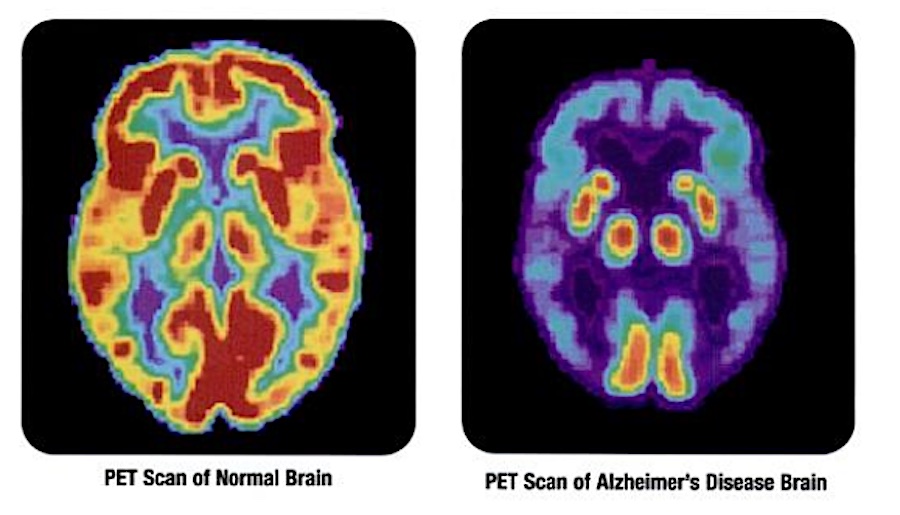 There is currently no drug treatments on the market that can slow the progression of Alzheimer’s disease—but this new medication could soon be a groundbreaking treatment for dementia patients after researchers examined the data from the drug’s Phase 3 clinical trials.

Based on discussions with the FDA, the Biogen pharmaceutical company plans to submit a licensing application for the drug in early 2020. They also aim to offer aducanumab to eligible patients previously enrolled in clinical studies.

Patients who received aducanumab experienced significant benefits on measures of cognition and function such as memory, orientation, and language. Patients also experienced benefits on activities of daily living including conducting personal finances, performing household chores such as cleaning, shopping, and doing laundry, and independently traveling out of the home.

The decision to file is based on a new analysis, conducted by Biogen in consultation with the FDA, of a larger dataset from the Phase 3 clinical studies that were discontinued in March 2019 following a futility analysis. This new analysis of a larger dataset that includes additional data that became available after the pre-specified futility analysis shows that aducanumab is pharmacologically and clinically active as determined by dose-dependent effects in reducing brain amyloid and in reducing clinical decline as assessed by the pre-specified primary endpoint Clinical Dementia Rating-Sum of Boxes (CDR-SB). In both studies, the safety and tolerability profile of aducanumab was consistent with prior studies of aducanumab.

“With such a devastating disease that affects tens of millions worldwide, today’s announcement is truly heartening in the fight against Alzheimer’s,” said Biogen CEO Michel Vounatsos. “This is the result of groundbreaking research and is a testament to Biogen’s steadfast determination to follow the science and do the right thing for patients.

“We are hopeful about the prospect of offering patients the first therapy to reduce the clinical decline of Alzheimer’s disease and the potential implication of these results for similar approaches targeting amyloid beta.”

Based on discussions with the FDA, the Company plans to file a Biologics License Application in early 2020 and will continue dialogue with regulatory authorities in international markets including Europe and Japan. The BLA submission will include data from the Phase 1/1b studies as well as the complete set of data from the Phase 3 studies.

CHECK OUT: Another Study Shows How Flickering Lights Can Slow (And Maybe Even Reverse) Alzheimer’s Symptoms

EMERGE (1,638 patients) and ENGAGE (1,647 patients) were Phase 3 multicenter, randomized, double-blind, placebo-controlled, parallel-group studies designed to evaluate the efficacy and safety of two dosing regimens of aducanumab. These studies were discontinued on March 21st, 2019, following the results of a pre-specified futility analysis which relied on an earlier and smaller dataset. The futility analysis was based on data available as of December 26th, 2018, from 1,748 patients who had the opportunity to complete the 18-month study period and predicted that both studies were unlikely to meet their primary endpoint upon completion. Futility analyses are common in large clinical studies and use statistical modeling to attempt to predict the outcome of the studies based on a number of pre-specified assumptions and criteria.

Following the discontinuation of EMERGE and ENGAGE, additional data from these studies became available resulting in a larger dataset, which included a total of 3,285 patients, 2,066 of whom had the opportunity to complete the full 18 months of treatment. A new extensive analysis of this larger dataset showed a different outcome than the outcome predicted by the futility analysis. Specifically, the new analysis of this larger dataset showed EMERGE to be statistically significant on the pre-specified primary endpoint. Biogen believes that data from a subset of ENGAGE support the findings from EMERGE, though ENGAGE did not meet its primary endpoint. Biogen consulted with external advisors and the FDA on these different results and their implications.

After reviewing the data in consultation with the FDA, Biogen believes that the difference between the results of the new analysis of the larger dataset and the outcome predicted by the futility analysis was largely due to patients’ greater exposure to high dose aducanumab. Multiple factors contributed to the greater exposure to aducanumab in the new analysis of the larger dataset, including data on a greater number of patients, a longer average duration of exposure to high dose, the timing of protocol amendments that allowed a greater proportion of patients to receive high dose, and the timing and pre-specified criteria of the futility analysis.

“This large dataset represents the first time a Phase 3 study has demonstrated that clearance of aggregated amyloid beta can reduce the clinical decline of Alzheimer’s disease, providing new hope for the medical community, the patients, and their families,” said Dr. Anton Porsteinsson, the study’s principal investigator. “There is tremendous unmet medical need, and the Alzheimer’s disease community has been waiting for this moment.

“I commend Biogen, the FDA, the medical community, and the patients and their study partners for their persistence in working to make today’s announcement a reality.”

For more information on the study’s results, you can visit the Biogen website for additional details and analysis.

(WATCH the Mayo Clinic explanation below)