Home All News Good Earth For First Time Ever, Scientists Identify How Many Trees to Plant and... 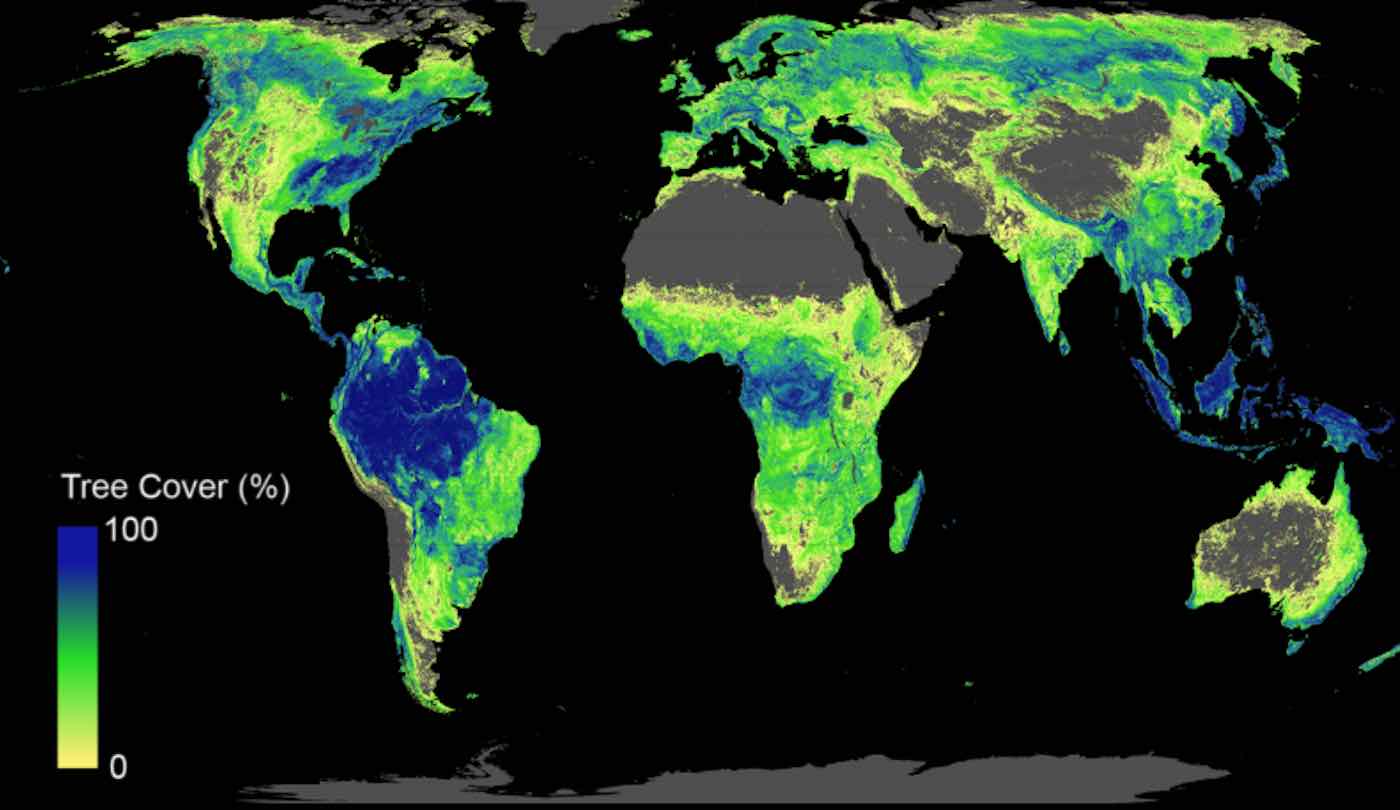 Around 0.9 billion hectares (2.2 billion acres) of land worldwide would be suitable for reforestation, which could ultimately capture two thirds of human-made carbon emissions.

The Crowther Lab of ETH Zurich has published a study in the journal Science that shows this would be the most effective method to combat climate change.

The Crowther Lab at ETH Zurich investigates nature-based solutions to climate change. In their latest study, the researchers showed for the first time where in the world new trees could grow and how much carbon they would store.

Study lead author and postdoc at the Crowther Lab Jean-François Bastin explains: “One aspect was of particular importance to us as we did the calculations: we excluded cities or agricultural areas from the total restoration potential as these areas are needed for human life.”

LOOK: Rooftop Panels of Tiny Plants Can Cleanse Polluted Air at 100 Times the Rate of a Single Tree

The researchers calculated that under the current climate conditions, Earth’s land could support 4.4 billion hectares of continuous tree cover. That is 1.6 billion more than the currently existing 2.8 billion hectares. Of these 1.6 billion hectares, 0.9 billion hectares fulfill the criterion of not being used by humans. This means that there is currently an area of the size of the US available for tree restoration. Once mature, these new forests could store 205 billion tonnes of carbon: about two thirds of the 300 billion tonnes of carbon that has been released into the atmosphere as a result of human activity since the Industrial Revolution.

According to Prof. Thomas Crowther, co-author of the study and founder of the Crowther Lab at ETH Zurich: “We all knew that restoring forests could play a part in tackling climate change, but we didn’t really know how big the impact would be. Our study shows clearly that forest restoration is the best climate change solution available today. But we must act quickly, as new forests will take decades to mature and achieve their full potential as a source of natural carbon storage.”

WATCH: Tree-Planting Drones Have Successfully Planted Thousands of Saplings – and They’re About to Plant More

Many current climate models are wrong in expecting climate change to increase global tree cover, the study warns. It finds that there is likely to be an increase in the area of northern boreal forests in regions such as Siberia, but tree cover there averages only 30 to 40%. These gains would be outweighed by the losses suffered in dense tropical forests, which typically have 90 to 100% percent tree cover.

CHECK OUT: NASA Happily Reports the Earth is Greener, With More Trees Than 20 Years Ago–and It’s Thanks to China, India

A tool on the Crowther Lab website enables users to look at any point on the globe, and find out how many trees could grow there and how much carbon they would store. It also offers lists of forest restoration organizations. The Crowther Lab will also be present at this year’s Scientifica (website available in German only) to show the new tool to visitors.

The Crowther Lab uses nature as a solution to: 1) better allocate resources – identifying those regions which, if restored appropriately, could have the biggest climate impact; 2) set realistic goals – with measurable targets to maximize the impact of restoration projects; and 3) monitor progress – to evaluate whether targets are being achieved over time, and take corrective action if necessary.