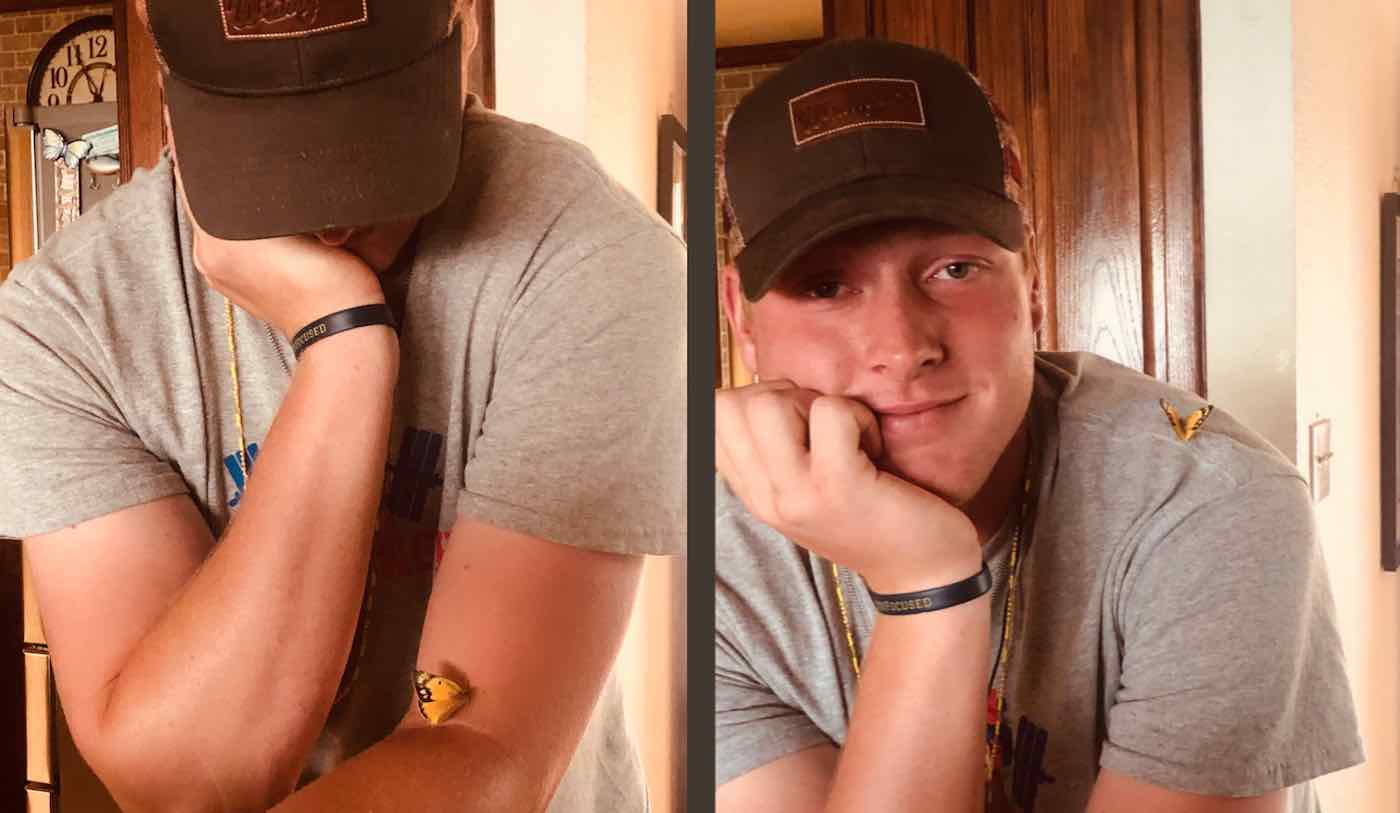 It has been nine years since Cole Shinsky’s mother passed away – but after his recent encounter with a yellow butterfly, he believes that she is still finding ways to comfort him from the afterlife.

Shinsky’s mother always believed that she would return to the world as a yellow butterfly after she died. Because of his mom’s attachment to the lovely little pollinators, the college baseball pitcher has always been entranced by yellow butterflies – but he says that he has never been able to get very close to one.

That all changed on Mother’s Day when Shinsky was in the backyard of his aunt’s house in Fort Worth, Texas and she approached him with tears in her eyes.

“I was fishing off the dock at my aunt’s house and she started walking down to me with her hands cupped together,” Shinsky told The Dodo. “She said, ‘Guess who came to visit?’”

RELATED: Stranger Drives 7 Hours Straight So Couple on the Side of the Road Can Be With Dying Mother

At first, Shinsky could not figure out why she was crying – and then he saw the little yellow butterfly perched on the palms of her hands.

Upon holding her hands up to Shinsky’s arm, the butterfly crawled onto his sleeve.

Shinsky was so moved by the strange encounter, he walked into the house with the butterfly riding on his arm. The college student says that he has been going through such a rough time with school and baseball, he could not bear to say goodbye to the little insect just yet.

LOOK: When Widow Carries On Husband’s Kind Tradition of Filling a Cooler, People Pay It Forward

After the butterfly spent several minutes on his arm and shoulder, however, Shinsky finally took it back outside where it stayed with him for several more minutes before flying away.

Needless to say, Shinsky was overwhelmed with gratitude for the strange encounter.

This is incredible... Mother passed away 9 years ago and she mentioned she’d be a yellow butterfly one day. For 9 years I have been mezmorized every time I see one but I have never been close enough to touch one. Today... this happened! Happy Mother’s Day Mama 💛 pic.twitter.com/DpF6CaQb4B