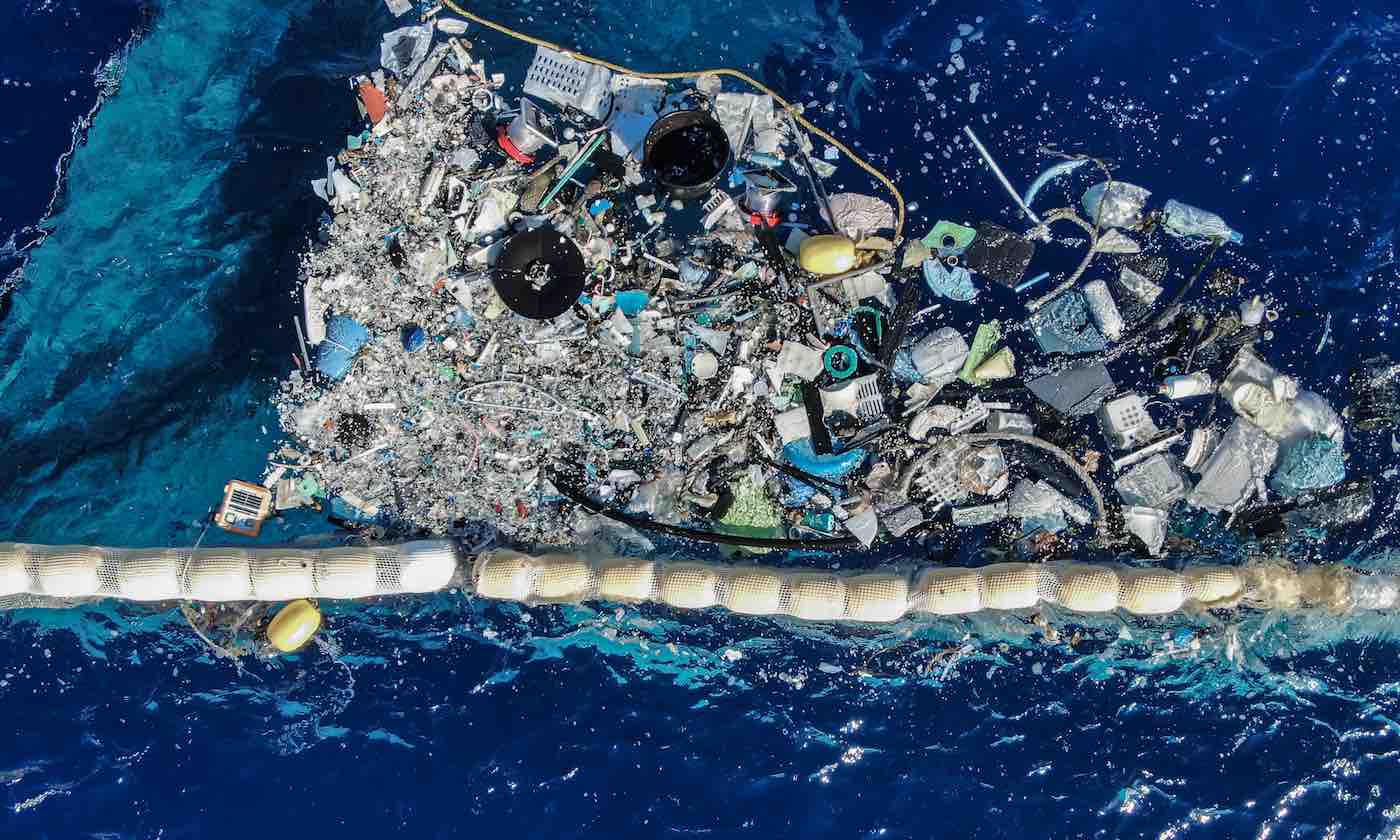 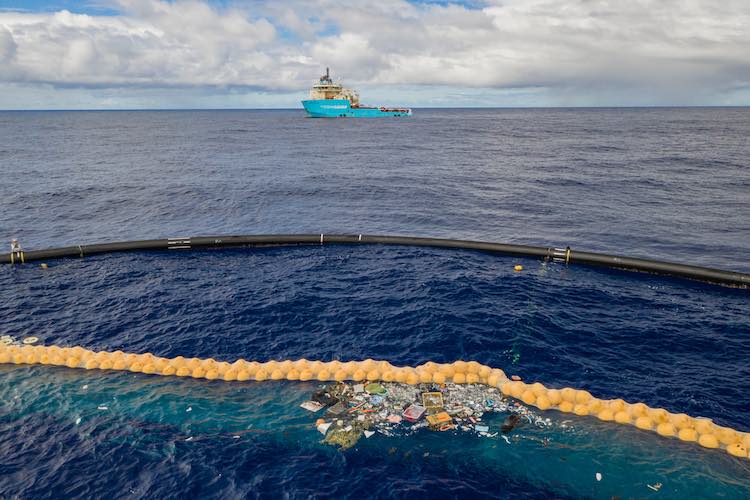 For the first time in history, conservationists have collected trash from the Great Pacific Garbage Patch for recycling.

After one year of testing, The Ocean Cleanup organization announced this week that their System 001/B vessel is successfully capturing and collecting plastic debris.

The self-contained system uses the natural forces of the ocean to passively catch and concentrate plastic in the Great Pacific Garbage Patch, thereby confirming the most important principle behind the cleanup concept that was first presented by Boyan Slat back in October 2012.

The patch is a massive island of trash drifting halfway between California and Hawaii. Over a trillion pieces of debris have collected there because of the swirling vortex of current—a floating mass roughly twice the size of Texas.

After discovering the patch in the 90s, scientists said it would take thousands of years to clean it up—but Slat quickly made a name for himself after he presented a TEDx talk in which he claimed that he could do it in less than ten, if he could get his special machinery built.

Though his claim caused many skeptics to raise their eyebrows, Slat dropped out of college so he could bring his plans to life. In addition to crowdfunding $2.2 million for his idea, he garnered millions more dollars through interested investors. 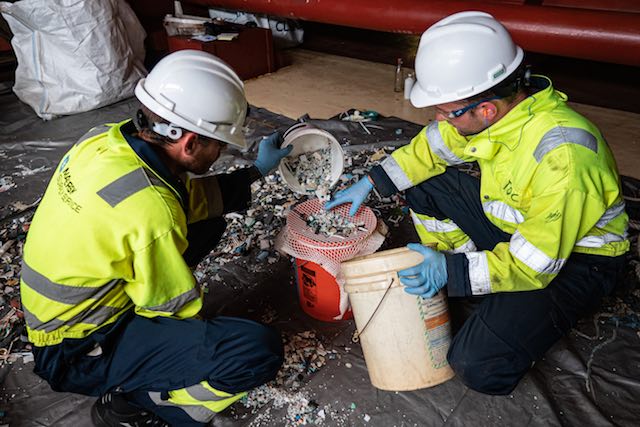 Now, the System 001/B vessel—which launched from Vancouver in June—is The Ocean Cleanup’s second attempt to prove its concept of collecting garbage from the Great Pacific Garbage Patch. In addition to collecting plainly visible pieces of plastic debris, as well as much larger ghost nets associated with commercial fishing, System 001/B has also successfully captured microplastics as small as 1 millimeter—a feat which the organization was pleasantly surprised to achieve.

“After beginning this journey seven years ago, this first year of testing in the unforgivable environment of the high seas strongly indicates that our vision is attainable and that the beginning of our mission to rid the ocean of plastic garbage, which has accumulated for decades, is within our sights,” said Slat. 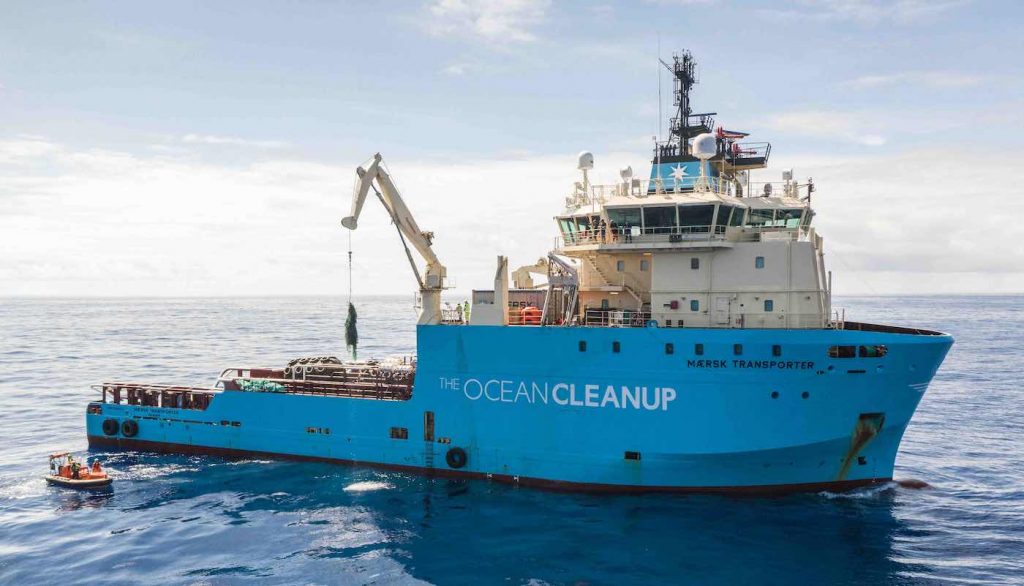 “Our team has remained steadfast in its determination to solve immense technical challenges to arrive at this point. Though we still have much more work to do, I am eternally grateful for the team’s commitment and dedication to the mission and look forward to continuing to the next phase of development.”

LOOK: Adidas Test to Sell Shoes Made of Ocean Plastic Was So Successful, They’re Going Even Further

Despite the early success of System 001/B, there is still much work to do. With new learnings and experience derived from the successful deployment of System 001/B, The Ocean Cleanup will now begin to design its next ocean cleanup system, System 002; a full-scale cleanup system that is able to both endure and retain the collected plastic for long periods of time.

Once fully operational, The Ocean Cleanup will return plastic to land for recycling. The timing of that phase of the mission is contingent upon further testing and design iteration.