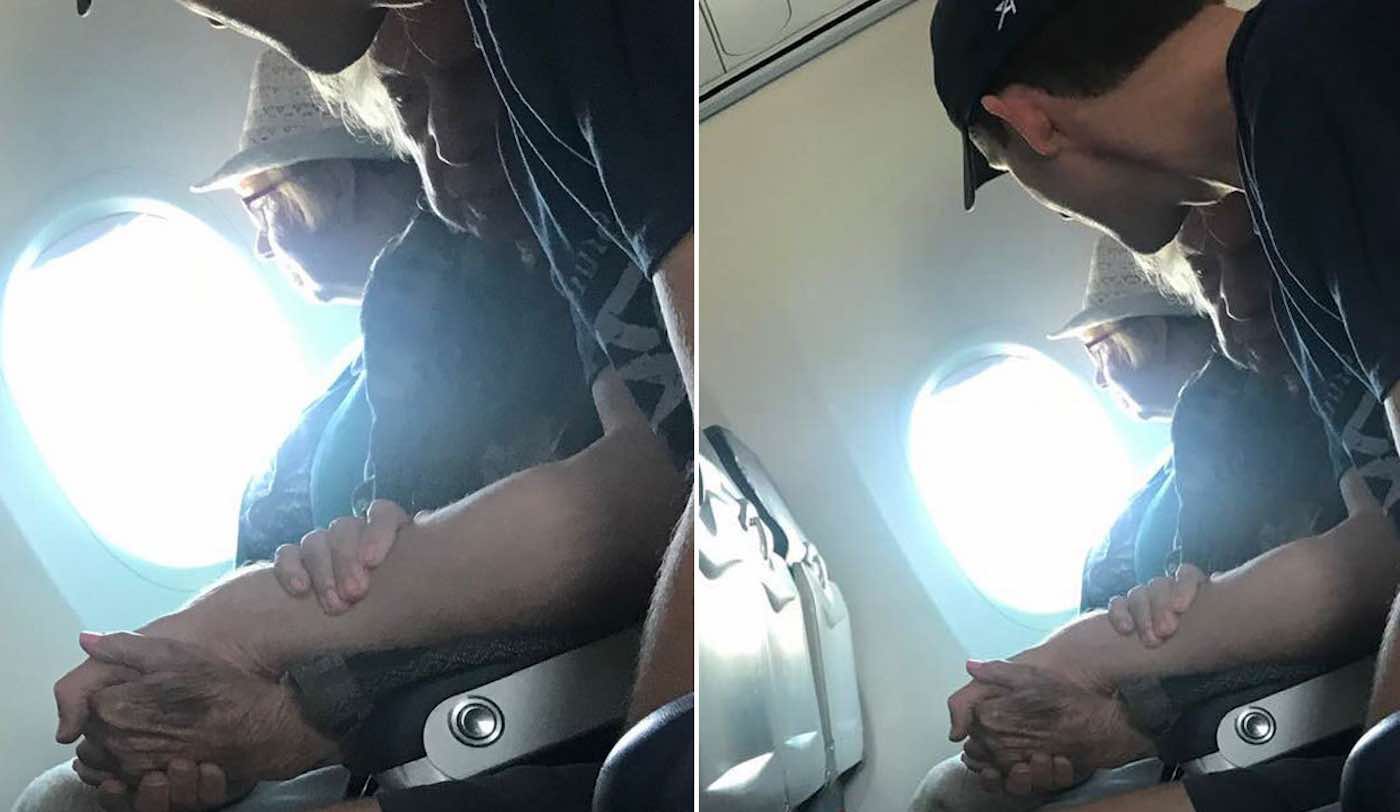 An airline passenger was left “sobbing with happy tears” after she witnessed a man’s compassion towards a frightened elderly woman on their flight.

Megan Ashley had been flying from San Diego to Nashville last month when she overheard a 96-year-old woman saying that she was anxious because she had not flown in 15 years.

When the plane began to take off, the elderly woman asked the young man sitting next to her if she could hold his hand.

“She asked for this man’s hand during takeoff and then hugged him again when experiencing turbulence,” says Ashley. “This gentleman I should say, gladly took her hand, let her hold onto him, calmed her by talking to her and explaining everything that was happening … he helped her stand up to go to the restroom and watched her carefully walk down the aisle.

“He knew just what to do the entire flight to help,” she continued. “This man was her flight angel.”

The man didn’t just show the woman compassion for the duration of the flight, either; after they got off the plane, he insisted on holding her bag, helping her into a wheelchair, and staying with her until she had reunited with her daughter.

Ashley was so touched by the incident, she snapped several photos of the exchange and posted them to Facebook so she could praise the young man for his kindness.

“I walked away sobbing happy tears being so thankful for people like this wonderful human. She was so grateful that she wanted him to have her in-flight pretzels,” wrote Ashley. “Hats off to you sir, for your kind heart and your compassion toward someone whom you’ve never met. I have never been so touched on a flight before. This truly made my week.”

Since Ashley published the photos to social media, they have been shared thousands of times by empathetic internet users.