Home All News Science Students Design Beach Vacuum That Can Suck Up Microplastics While Leaving All... 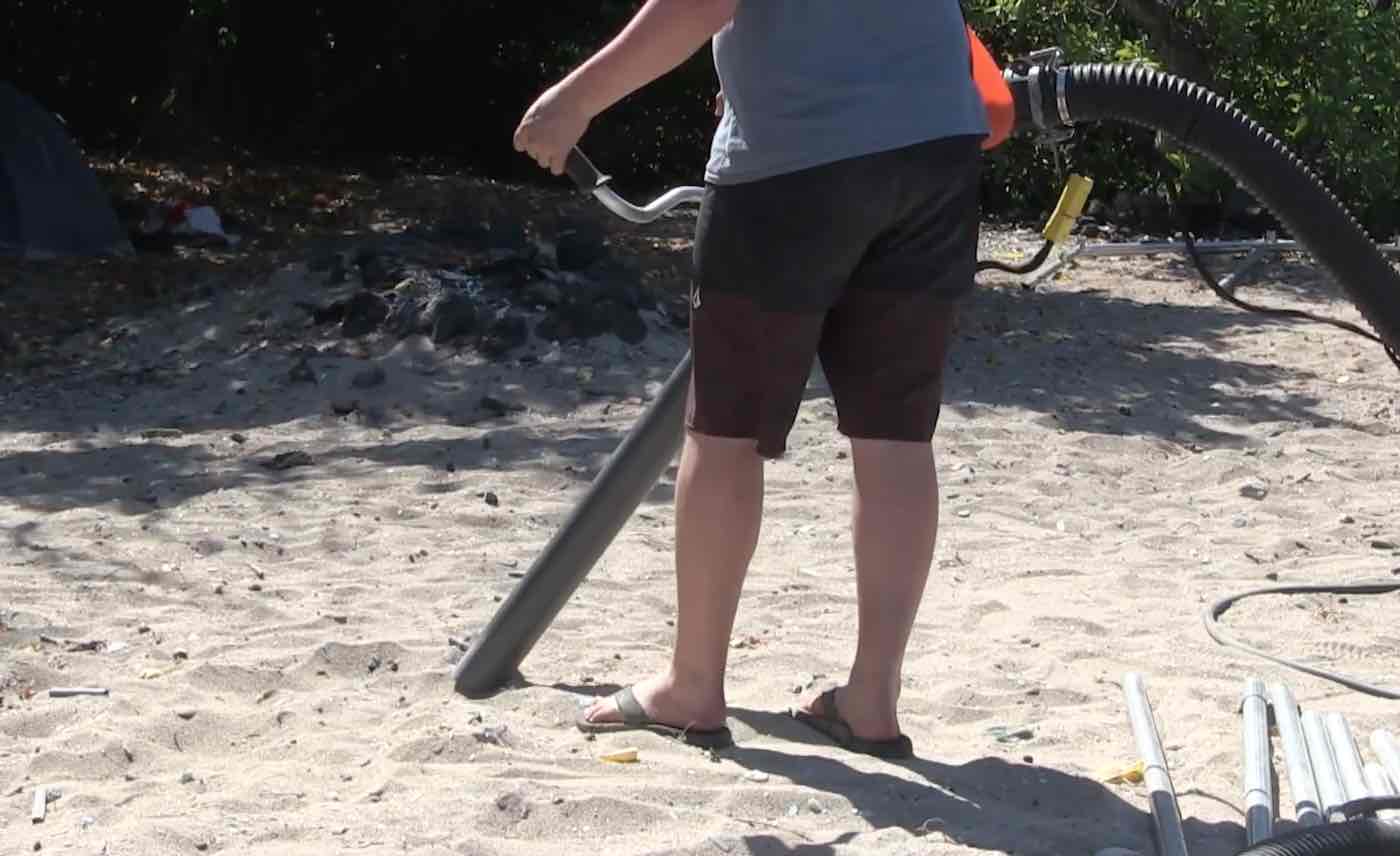 It’s already challenging enough for environmentalists to keep beaches clear of washed up trash and plastic debris – but the most difficult problem lies in cleaning up all of the millions of tiny microplastics that are impossible to pick up and separate from the sand.

Fortunately, a group of engineering students succeeded in developing a massive new vacuum cleaner that can collect microplastics without removing any of the sand from the beach.

The 12 Canadian students from the University of Sherbrooke in Quebec built their Hoola One plastic vacuum cleaner as a class project.

“We did some research and we realized there was no machine around the world to do this kind of job,” Hoola One co-founder Sam Duval told Hawaii Public Radio. “So we told each other, ʻWe will invent it,’ and we did it.”

MORE: Construction Begins On First Ever Commercial Plastics-to-Fuel Factory in the US

Using a handheld hose, the machine sucks up plastic and sand and dumps it all into a massive tank of water. Since rocks and sand are heavier than plastic, they sink to the bottom of the tank so they can be dumped back onto the beach. The plastic, on the other hand, floats to the top of the tank.

As a means of testing their machine’s efficiency, they recently used it on the sands of Hawaii’s Kamilo Beach – which is also notorious for being one of the dirtiest beaches in the world.

Though their first prototype experienced a number of technical issues, the students managed to fix the problems and tidy up the beach.

Assuming they are successful, then the machines could start cleaning up beaches around the world.

(WATCH the video below) – Photo by Hawaii DNLR