Home All News Inspiring When Evicted Man is Heartbroken Over Decision to Surrender His Dog, Community... 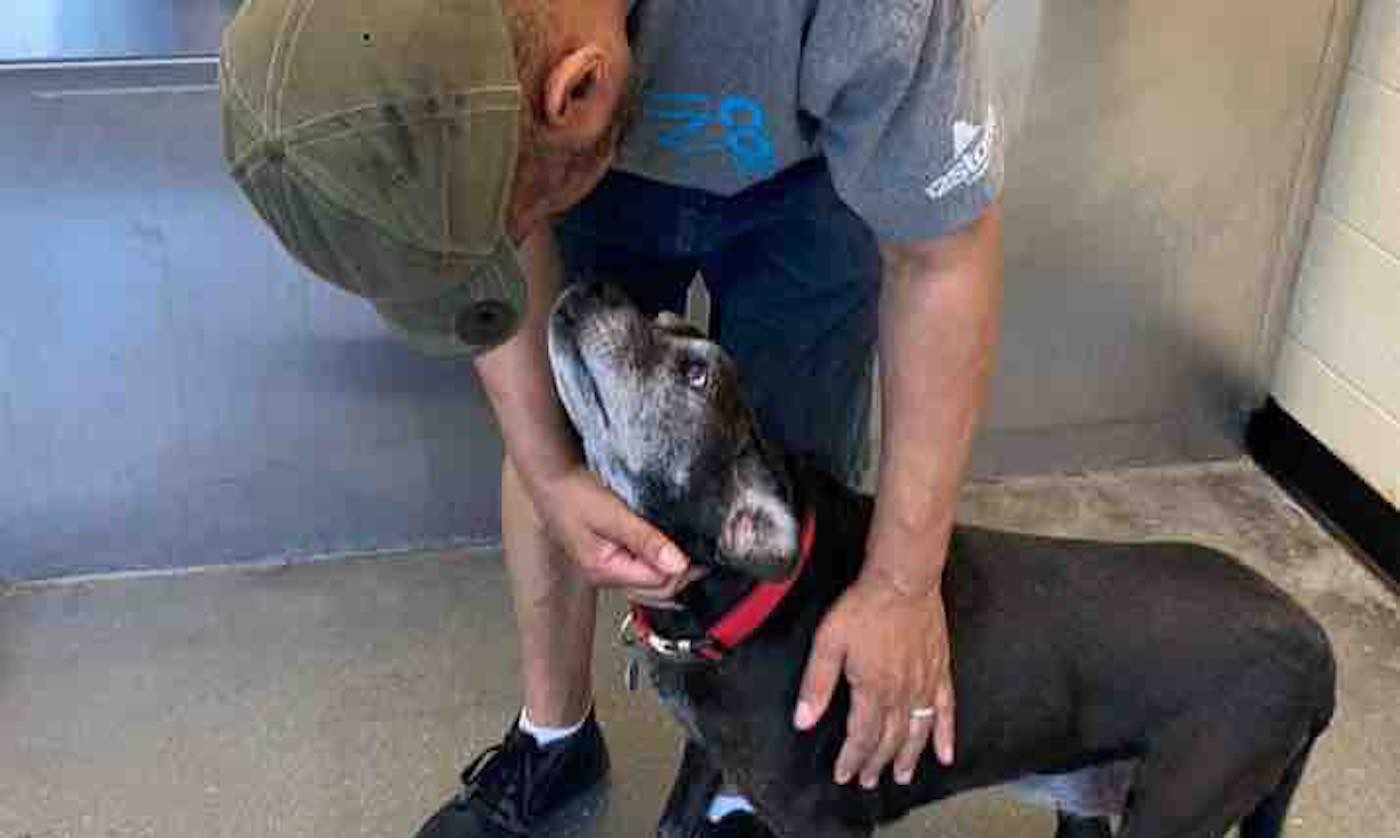 A homeless man and his beloved senior dog named Lucky have been given a new lease on life after a concerned animal shelter staffer wrote a Facebook post about their predicament.

Last week, Mr. Williams was evicted from his home in Lawrenceville, Georgia. With just $40 in his pocket and all of his possessions packed into his car, he was forced to make a difficult choice.

Williams did not want his 14-year-old furry friend to endure the difficulties of sleeping in his car – so with a heavy heart, he took Lucky to the Gwinnett County Animal Welfare shelter in hopes of giving his pup a better chance for stability.

As Williams filled out the paperwork to relinquish Lucky, all of the rescue center workers were heartbroken by the situation. Shelter staffer Katie Corbett was so emotional over the exchange, she decided to snap some photos of the dynamic duo and post them to her Facebook page with a plea for help.

After Williams said a sad farewell to his best friend, Corbett and her colleagues knew that they could not let Lucky and his dad be separated for long – so the team immediately leapt into action.

Thanks to some fast-acting staffers, several anonymous donors, and various representatives from the county’s Senior Services Department, the crew managed to get Williams into a hotel for a week so he wouldn’t have to sleep in his car. Corbett then asked her Facebook followers if anyone would be willing to foster Lucky until Williams was in stable housing.

“Lucky’s dad knows that he could get adopted or rescued,” wrote Corbett. “In fact, he would be ecstatic if somebody could rescue his boy from a loud, stressful environment. He understands that risk. But what would be even better is if we could find a foster to keep Lucky while his dad gets back on his feet so that we could be able to reunite them.”

The very next day, a man walked into the shelter and said he would be happy to take Lucky home so that the senior canine wouldn’t have to spend another minute in the noisy shelter.

Corbett then launched a GoFundMe campaign to raise money for Williams – and since she created it two weeks ago, it has raised over $10,000, which is more than twice their original goal.

“I shared Lucky and Mr. Williams’ story on social media … hoping to secure a temporary foster for the dog until we could come up with another plan,” wrote Corbett on the crowdfunding page. “Never in a million years would I have expected the outpouring of support that was displayed.”

CHECK OUT: Watch Bus Driver Intervene When Dog Was in the Hands of Dubious Stranger Claiming to Be Its Owner

“Thank you all so much for wanting to help Lucky and his dad. Lucky really is so lucky,” she added.

Since Williams is disabled and unable to work, he says that a van is his preferred form of housing. With hundreds of people donating to the GoFundMe page, Corbett says that it will only be a matter of time before Williams and his pup are reunited under a new roof of their very own.

“We have talked with Nissan Sutherlin at Mall of Georgia and have found a great vehicle that will fit both of their needs,” says Corbett. “Other funds will be used for Lucky’s vet care, food and joint supplements (as needed), and setting up the van to have the proper insulation, wiring, and solar power that is needed to sustain the two of them.”