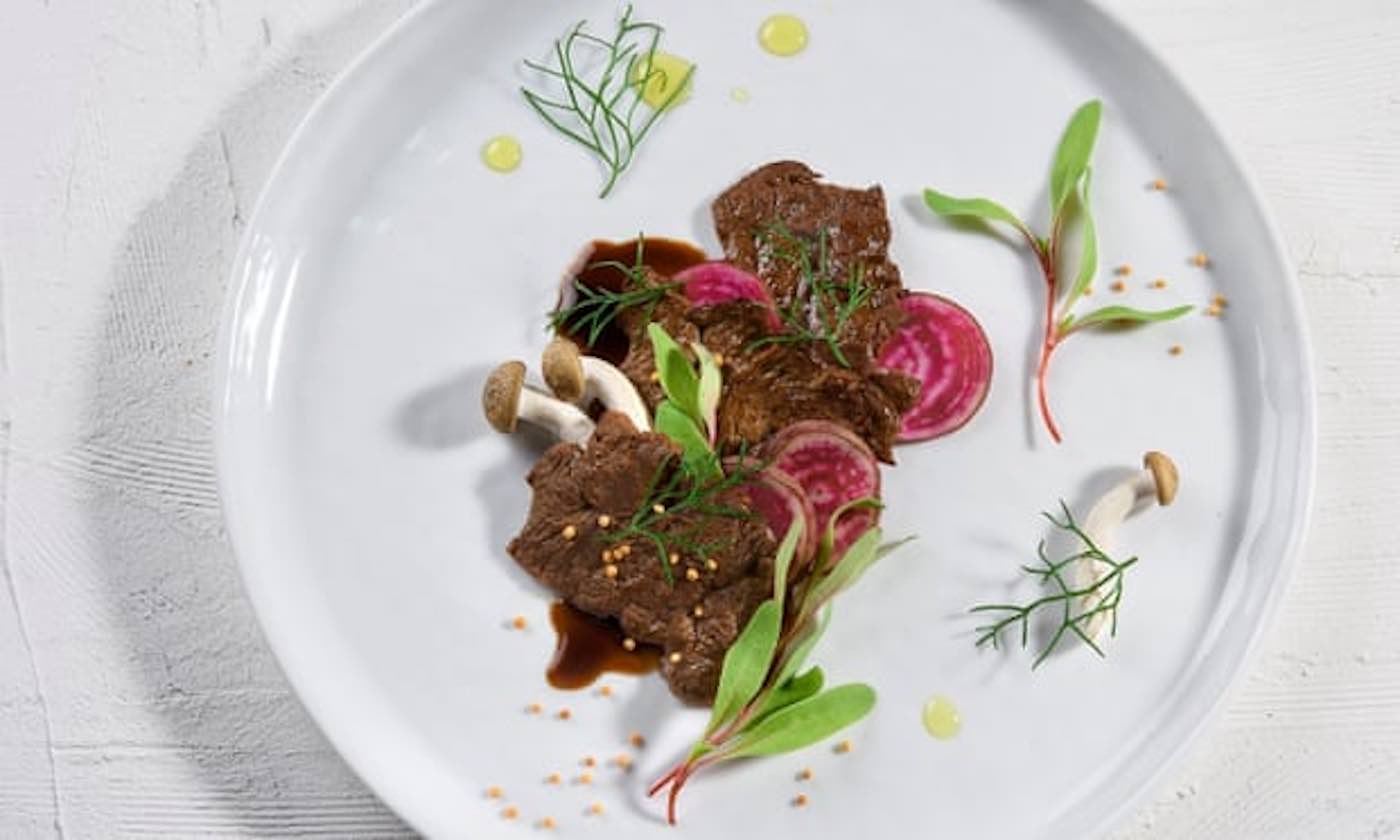 Scientists have succeeded in growing the world’s first cell-based steak that was created in a lab without causing any harm to cows.

Israeli startup company Aleph Farms says that the lab-grown meat has the exact same texture and smell as that of regular steak. Though the taste is still fairly similar to the real deal, the researchers want to develop the steak so that it is thicker and identical to the taste of animal steak.

The steak prototype currently costs about $50 to make, which the company says is “not insane” compared to the $285,000 price tag of the first lab-grown beefburger that was developed in 2013. Additionally, the steaks are expected to become even cheaper as demand increases and production is expanded to a commercial scale.

The steak has already been put to the test in a real kitchen, too – Amir Ilan, who is a chef at the Paris Texas restaurant in Ramat Gan, Israel, praised the lab-grown achievement.

“Aleph Farms’ steak is thinly sliced and will cook in just a minute or so,” says Ilan. “For me, it is a great experience to eat meat that has the look and feel of beef but has been grown without antibiotics and causes no harm to animals or the environment.

Cell-grown meat is typically grown using a few cells of a living animal, which are extracted painlessly. These cells are then nourished and grown to produce a complex matrix that replicates muscle tissue.

One of the barriers to grown-meat production has been getting the various cell types to interact with each other in order to build a complete tissue structure similarly to an animal’s. The challenge is finding the right nutrient combinations that allow the multicellular matrix to efficiently grow together into a complete structure.

The company managed to overcome this obstacle thanks to a bio-engineering platform developed in collaboration with the Technion – Israel Institute of Technology, Haifa.

“We’re shaping the future of the meat industry — literally,” says Didier Toubia, co-founder and CEO of Aleph Farms. “Making a patty or a sausage from cells cultured outside the animal is challenging enough – imagine how difficult it is to create a whole-muscle steak. [But for us], this is not science fiction. We’ve transformed the vision into reality by growing a steak under controlled conditions. The initial products are still relatively thin, but the technology we developed marks a true breakthrough and a great leap forward in producing a cell-grown steak.”

CHECK OUT: In Bid to Cut Food Waste, Kellogg’s is Using Their Rejected Cornflakes to Make Beer

The steak is expected to be commercially available sometime in the next four years. Since large-scale agriculture is one of the largest contributors of greenhouse gases, accounting for roughly 9% of the world’s emissions in 2016, the steak could be a big game-changer in the fight against climate change.

Toubia, however, emphasizes that his company is not planning on replacing smaller-scale livestock businesses that boast more ethically raised, grass-fed cattle – they only want to take a stance against factory farming.

“We are not against traditional agriculture,” Toubia told The Guardian. “The main issue today is with intensive, factory farming facilities, which are very inefficient and very polluting and have lost the relationship to the animal.”

(WATCH the video below) – Photo by Aleph Farms