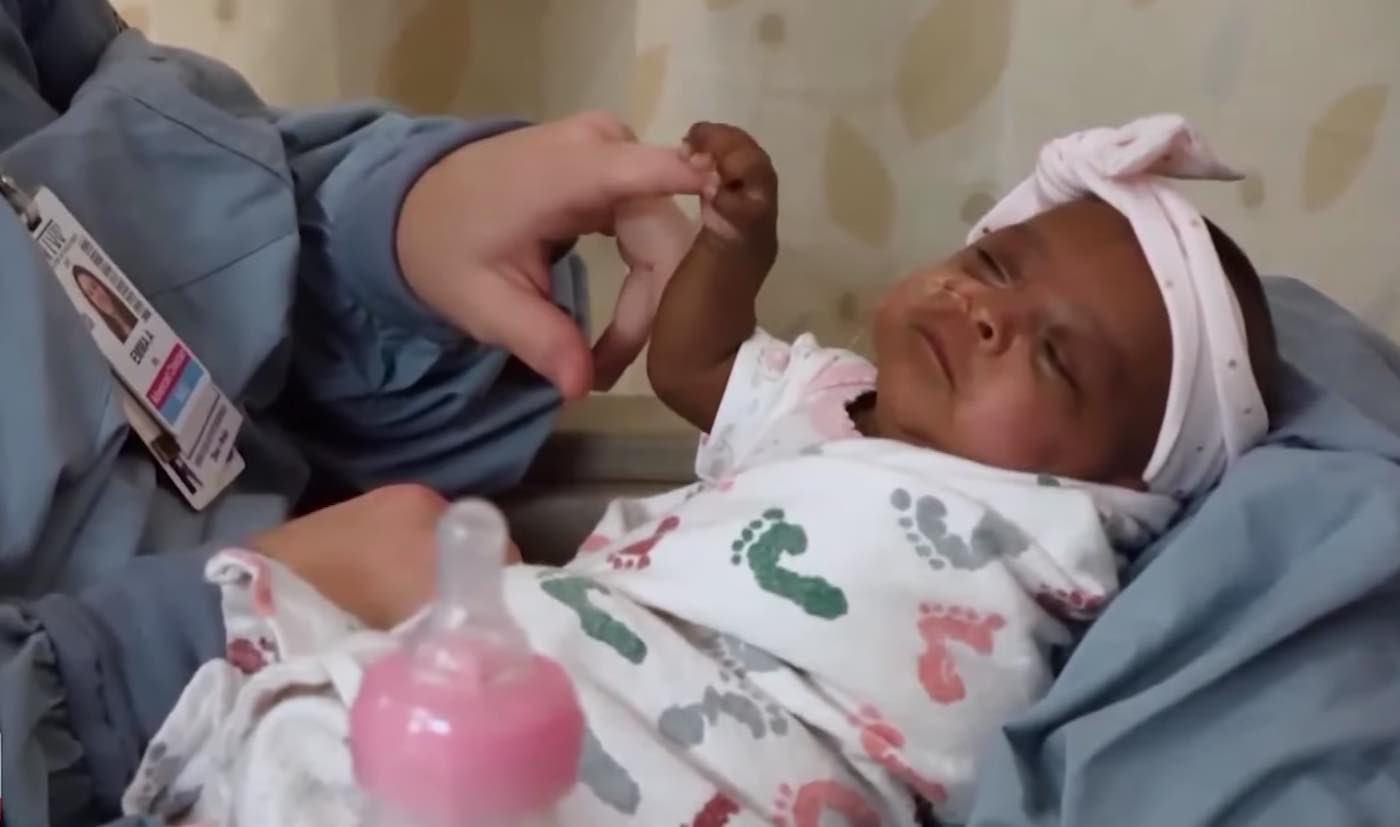 A 5-month-old infant has become the world’s tiniest surviving baby after she defied all the odds and went home with her family earlier this week.

The miracle baby, who the hospital has been calling Saybie to respect the family’s privacy, was delivered at just 23 weeks and 3 days in gestation after doctors concluded that her mother was suffering from severely high blood pressure. For reference, a typical childbirth takes place at 40 weeks – but if Saybie had been allowed to stay in the womb any longer, then both she and her mother would be at risk.

After Saybie was delivered via an emergency C-section, doctors from Sharp Mary Birch Hospital in San Diego, California told the baby’s parents that she would most likely only survive an hour.

As a micro-preemie, Saybie weighed in at only 8.6 ounces (254 grams) – which is about the size of a small apple.

According to the official Tiniest Baby Registry, which is maintained by the University of Iowa, she weighed 7 grams less than the previous baby to officially take the world record in 2015.

These preterm newborns face a variety of life-threatening medical challenges and their survival rate is greatly compromised – but Saybie experienced virtually none of the medical challenges typically associated with micro-preemies, which can include brain bleeds, and lung and heart issues.

MORE: ‘Man With the Golden Arm’ is Finally Retiring After Saving the Lives of Over 2 Million Babies

Now, after spending five months in the hospital’s intensive care unit since her birth in December, Saybie has been sent home with her family – and her send-off was an emotional one.

“I just want her to know how strong she is,” said an NICU nurse. “I mean, if she can start off where she was and do as well as she can be, there’s nothing she can’t do.”