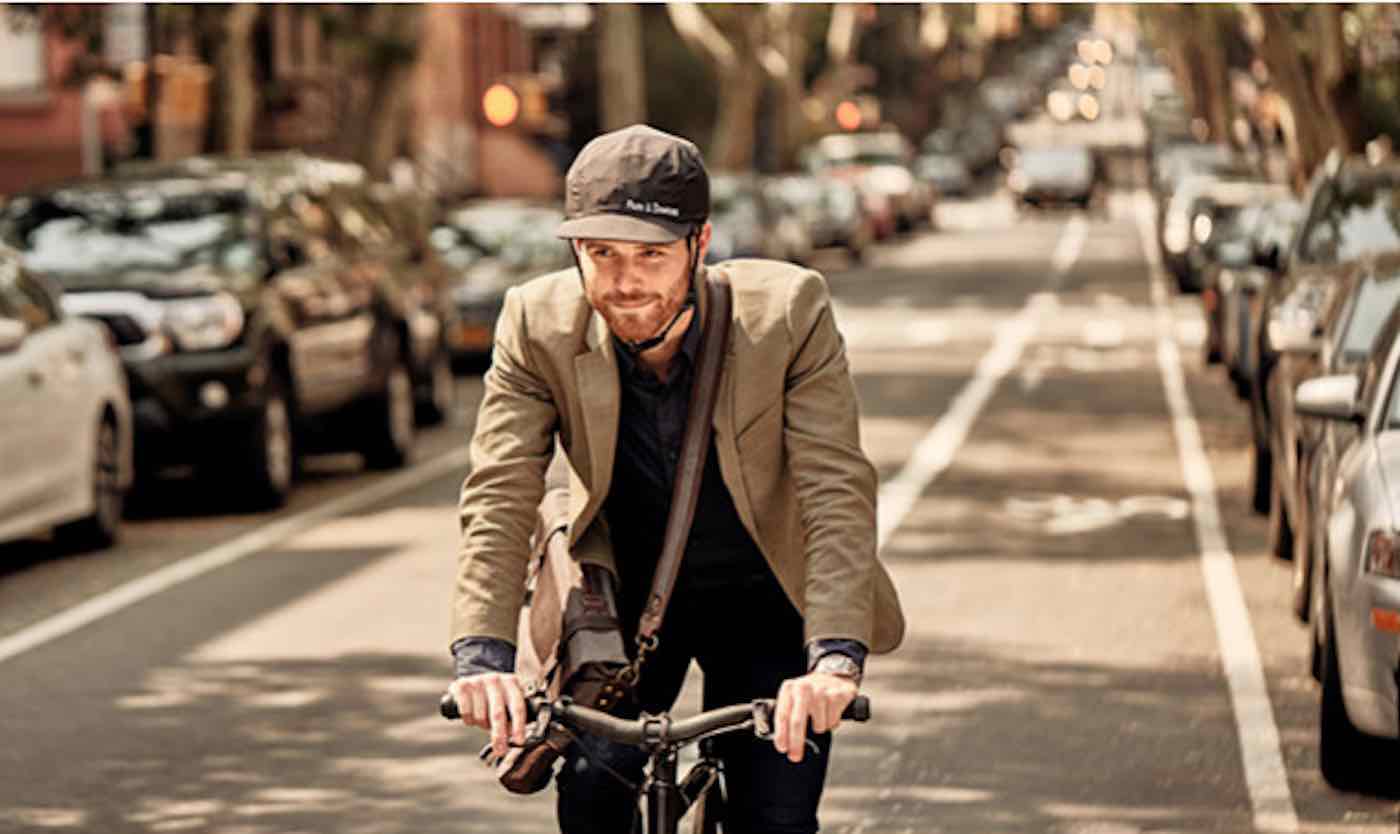 Safety and style can now be synonymous thanks to a wildly successful crowdfunding campaign for a bicycle helmet that looks like a normal hat.

David Hall and Jordan Klein are the masterminds behind the Park & Diamond helmet – a piece of headwear that is as thin and stylish as a baseball cap or beanie, but as durable as a traditional bike helmet.

The helmet’s versatility means that it can easily be folded up and stored in a bag or stuffed into a bike’s water bottle holder.

“You wouldn’t wear a seatbelt if it took up your entire backpack and you had to carry it everywhere. The same is true with cycling helmets,” said Klein. “This becomes extremely important when looking at bike and kick scooter share programs where 92 percent of riders are not wearing helmets.”

RELATED: A Genius Invention is Saving Thousands of Animals From Drowning in Backyard Pools

Hall began the initial designs for the helmet after a near-fatal bike accident left his sister in a coma. Determined to incentivize cyclists to wear the necessary headwear, Hall and Klein set out to create a product that was equal parts aesthetic and protection.

What is even more alluring as the design is the accessory’s track record; years of testing and design refinement has resulted in a product that can absorb 3 times more elastic energy than a traditional bike helmet.

Additionally, since people are more likely to use a bicycle helmet that is less bulky than their typical counterparts, Hall and Klein believe that the Park & Diamond design could save thousands of lives.

The helmet is now available for pre-order at Park & Diamond’s Indiegogo page thanks to the campaign accumulating over $1.35 million in funding. The first batch of helmets are already in the process of being shipped out to the early bird crowdfunders, and there are more shipments on the way as the designers continue with manufacturing.