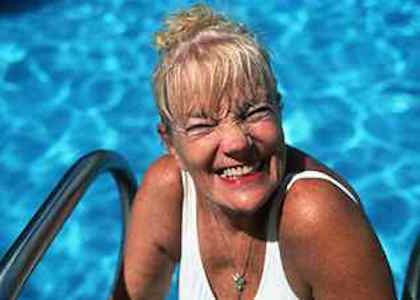 A new survey finds that 60 percent of Americans who have reached their 100th birthday say they do not “feel old.” On average, they feel more than two decades younger than they are.

They point to a positive attitude as the key to a long, happy life.

According to the tenth annual UnitedHealthcare poll of 100 adults over 100, more than 60% of centenarians see themselves as “very positive people.”

“Year after year, we hear from centenarians that there is a correlation between healthy aging and a healthy mindset,” said Rhonda Randall, D.O., chief medical officer of UnitedHealthcare Retiree Solutions. “It’s a good reminder for us all to take care of our mental, emotional and social health.”

They also acknowledged the importance of family, with half saying they would rather spend time with their family than with anyone else in the world–although comedic actress Betty White was a close second. Thanks to modern technology, 83 percent of centenarians said they were able to keep in touch with family members on a daily or weekly basis.

When asked who they thought of as a role model growing up, nearly half of centenarians chose their parents over any other individual, teacher, or celebrity.