How many people owe their life to a loveable pet? The Purina Animal Hall of Fame this week honored five incredible dogs as heros for saving the lives of an infant, two men and two women, heralding their remarkable stories of persistence, loyalty and spirit.

With acute hearing, fierce loyalty and keen sense of smell the five 2008 inductees were able to save the lives of human beings and place ‘Best in Show’ at the 40th anniversary ceremony in Toronto.

Over the last four decades the Purina Animal Hall of Fame has honored 138 animals in Canada – 114 dogs, 23 cats and one horse. What some of this year’s inductees lack in stature and size, they make up for in intelligence and valor. All of their stories further remind us of the extraordinary bond that exists between humans and animals, and how often these animals reward their owners with their loyalty and courage. 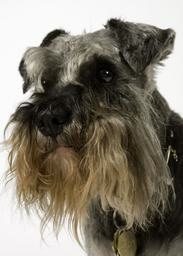 Out on their daily walk in North York, Ontario one year ago, Corey, a 14-year-old Miniature Schnauzer, dragged his owner Jay Sobel down the street, tracking a very faint voice in distress. 200 yards away they located 80-year-old Jack Turner, who had fallen into the freezing cold water while out inspecting his pool, before opening it for the summer season. His chronic emphysema and heavy, wet clothing made it impossible for him to pull himself out. Thanks to the alert Schnauzer, Jay was able reach Mr. Turner in time to lift him from the pool, warm him up and call an ambulance. At the hospital, Jack was treated for a mild heart attack, hypothermia and badly scraped hands from his desperate attempts to crawl out of the pool.

Since the accident, Corey now automatically heads for the Turner house on his walks to check in on Jack. If Jack is sitting on the front step, Corey, a senior dog, will struggle up the steps just to check in on him and enjoy a friendly pat on the head.

A Lhasa Apso’s stubborn persistence saved the life of a newborn baby girl last February in Saskatoon. Frigid temperatures hovered around -29 C when five-year-old Peeka began to whine and bark incessantly at the back door, scratching and frantically trying to grab the attention of her owners Ed and Lee Anderson. When she finally convinced Ed to come to the door, he looked out and saw a baby wrapped in a sleeping blanket

on the porch. He quickly brought the newborn girl inside and his wife, a nurse, checked her over while Ed called the police. Thanks to Peeka’s tenacity, the baby girl survived the situation and made a full recovery.

A three-year-old German Shepherd’s instincts were razor sharp out on a walk with owner Mike Hambling near their cottage in Coldwater, Ontario. The ice suddenly gave way under Mike and he plunged into the frigid water. After trying several times in vain to pull himself out as his wife watched helplessly from across the channel, Mike started to black out. Then, he felt a strong tug at his wrist from Freddie’s leash, which was still wrapped around him. Freddie’s years of playing tug-of-war helped him to free Mike from the hole in the ice and pull him to safety. 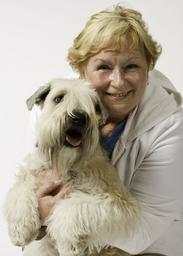 An eight-month-old Wheaton Terrier named Maggie May, coaxed her owner Suann DeCourcey from a deep sleep in time to escape a home filled with dangerously high levels of carbon monoxide. Last November, Suann, who was strangely not feeling well, decided to lie down for an afternoon nap. She awoke to Maggie May sitting right on her chest, licking her face and whining loudly. Suann, who is deaf in one ear, sat up and heard the carbon monoxide detector going off. Both she and Maggie May made it out of the house safely, and the Winnipeg fire department and gas company were called to deal with the toxic levels of gas in the house.

Originally adopted from a shelter, Missy demonstrated very early that she was capable of being much more than a family pet. She became a service dog, trained to detect owner Stephanie’s panic attacks and epileptic seizures. Missy went above and beyond even that call of duty one night in Terrace Bay, Ontario when her keen senses convinced her to stay with family friend Barb Langley, even at the risk of not being by Stephanie’s side. Later that night Barb called a friend and sounded like she was talking in her sleep. About to hang up, the friend heard Missy barking furiously in the background and as a result decided to check in on Barb. When he arrived he found Barb had had a stroke, and he rushed her to hospital. She made a full recovery, thanks to the sixth sense and determination of Missy.

The Animal Hall of Fame will soon have a permanent home, to be unveiled later this summer, where pet lovers can experience the incredible live-saving stories for themselves. To relive the past 40 years of pet heroes or submit your own pet hero story for 2009, visit www.purina.ca/about/halloffame.