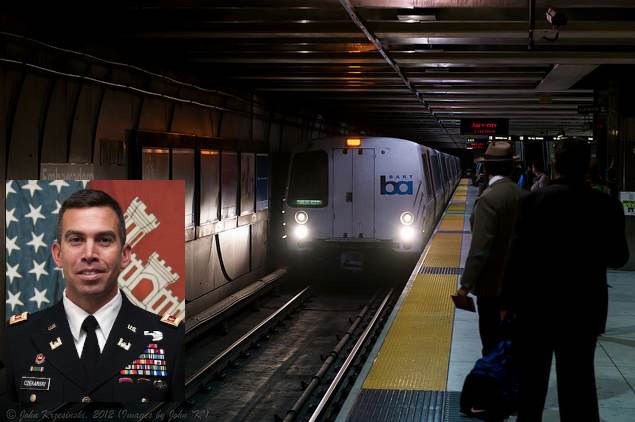 Maj. Adam Czekanski was awarded another medal for valor — but this time he was off the battlefield. He received The Soldier’s Medal for rescuing a man who toppled off the subway platform in front of an oncoming train.

He saw the scene from the top of the escalator and raced down so he could jump off the platform to drag the man off the tracks and under the lip of the walkway.

He said he used the skills learned in the US Army to think quickly.