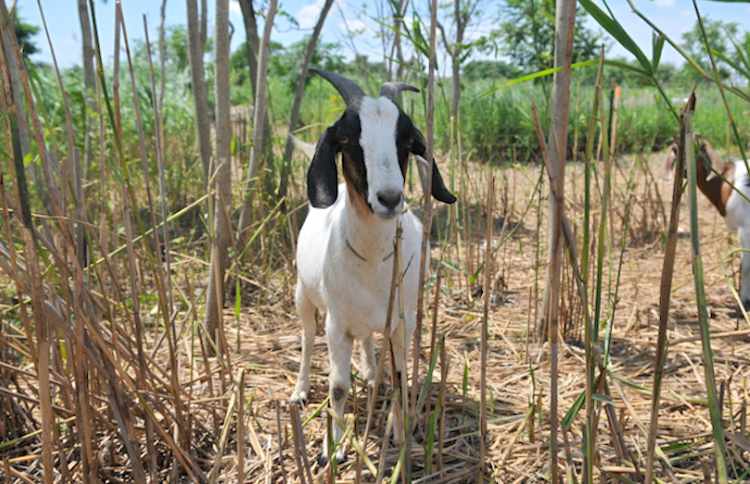 For 30 years, countless man-hours and millions of dollars have been spent trying to tame a pernicious, invasive reed in the eastern U.S. and Canada.

Toxic herbicides, controlled burns, and even bulldozers have been the go-to solutions to the problem. But recent research out of Duke University suggests another, less aggressive fix: goats.

A herd of goats was used on a two-acre project at Freshkills Park in Staten Island in 2012 and two years later the test area is healthy with its plantings of native marsh grasses.