Home This Day In History Good News in History, July 18 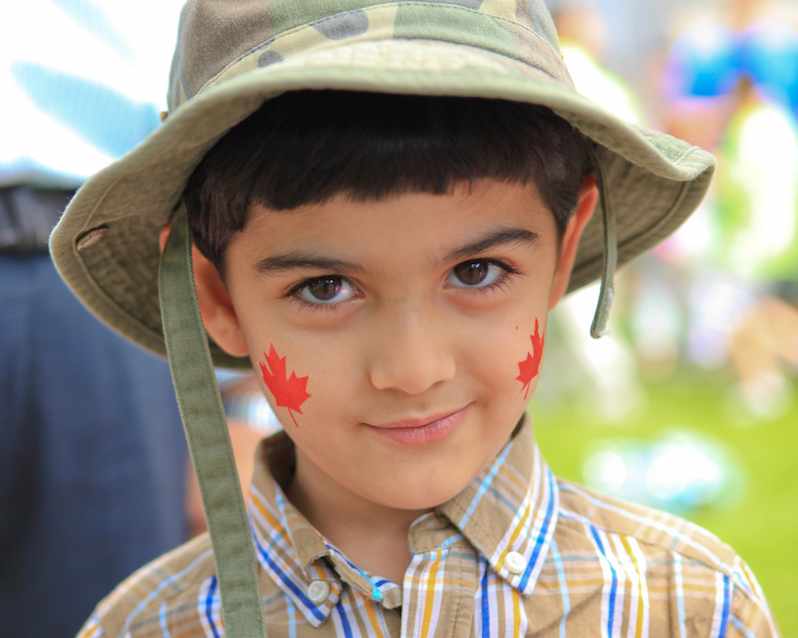 40 years ago today, Canada began accepting 50,000 Vietnamese ‘boat people’ into the country. 24,000 of the refugees who were seeking asylum were sponsored by the government and the rest through some 7000 private humanitarian groups. (1979)

And, on this day in 1976, the 14-year-old Romanian gymnast star, Nadia Comaneci, scored the first ever perfect 10 at the Olympics with her performance on the uneven parallel bars. She was the darling of the Montreal Olympics, earning seven perfect scores, three gold medals, a silver and a bronze (and four gold and silver medals in the 1980 Olympics). Nadia is doing well for herself, using her talent in the field of gymnastics, and is married and living in Norman, Oklahoma. WATCH her score seven perfect 10s below…

And, Happy 66th Birthday to English billionaire Sir Richard Branson, founder of Virgin Records and Virgin Airlines, born on this day in 1950.

Struggling with poor academic performance as a student with dyslexia, his headmaster told him he would either end up in prison or become a millionaire. As a teen, he began selling records at discounted prices through his own magazine, and soon opened a record shop, and later, a recording label that signed controversial bands, like the Sex Pistols. Branson formed Virgin Airways in 1984, and launched Virgin Mobile in 1999. His humanitarian work includes co-founding of The Elders, a group of world leaders dedicating to solving big problems;,and the International Centre for Missing & Exploited Children. As an avid environmentalist, he has supported wildlife conservation groups and action on climate change. He has authored a best selling autobiography and books about business success.

Also on this day in 1918, Nelson Mandela was born in South Africa. The anti-apartheid revolutionary and historic political leader became his country’s first black president and focused on dismantling the legacy of apartheid by tackling racism and fostering reconciliation and forgiveness.

Born into a royal family, he studied and practiced law before becoming involved in anti-colonial politics and joining the ANC (African National Congress) in 1943. After being convicted of trying to violently overthrow the all-white government, which had established apartheid, a system of racial segregation that privileged whites, Mandela endured life in prison for 27 years. Following an international campaign that lobbied for his release, he was freed in 1990 and published his autobiography before opening ANC negotiations with President F.W. de Klerk to abolish apartheid. WATCH what his black and white bodyguards thought of him as a man.

Four years later he was elected president in the first multiracial elections and he formed a Government of National Unity in an attempt to defuse racial tension. He established the Truth and Reconciliation Commission to investigate past human rights abuses, chaired by the Catholic Nobel Peace Prize winner Bishop Desmond Tutu. He declined a second presidential term and, instead, became an elder statesman who focusing on combating poverty and HIV/AIDS through the charitable Nelson Mandela Foundation, and joined Jimmy Carter and Tutu as one of The Elders. He once famously said, “It always seems impossible until it’s done.”

And, on this day in 1867, the heroic survivor of the RMS Titanic, Maggie Brown, was born. She rescued others on the doomed ship until she was finally persuaded to board Lifeboat #6. 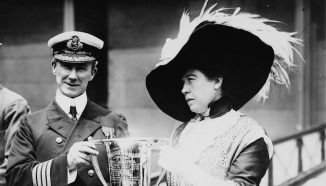 Taking an oar herself, she tried to persuade the crewman on board to turn back so they could save more people–even threatening to throw him overboard if he refused. Her illustrious life as a woman and humanitarian who married a poor man for love, but then was rewarded when his engineering inventions built a fortune, was portrayed in a Broadway musical and film entitled, The Unsinkable Molly Brown.

After her husband’s mining engineering efforts paid off for a company in Leadville, Colorado, Margaret volunteered by working in soup kitchens to assist miners’ families. Before the philanthropist’s death in 1932, her fame as a well-known Titanic survivor helped her promote the issues she felt strongly about: the rights of workers and women, education and child literacy, historic preservation, and the commemoration of bravery and chivalry displayed aboard the Titanic. Born to a poor family in Hannibal, Missouri, she is buried next to her husband in Westbury, New York. WATCH a video about this legendary woman.