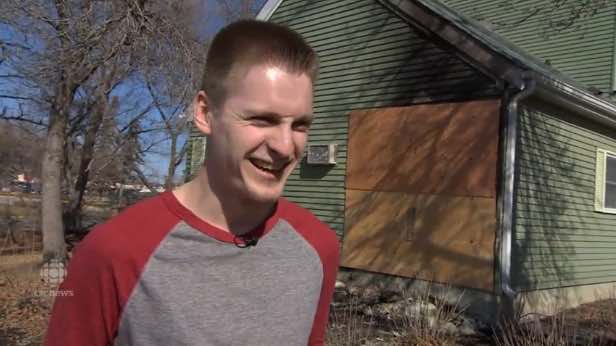 A young man in Winnipeg, Canada interrupted his first date to stop and check on the scene of an automobile accident, and became an unwitting hero.

With bystanders looking on, even though the tires had just exploded, and smoke and heat poured from the car, he managed to unbuckle the man’s seat belt and pulled the heavy unconscious driver to safety.

Tristan Gareau’s advice to other guys who want to “get a girl hooked” on them? Rush to the rescue during an emergency. It definitely worked for him.

(WATCH the video above, or READ the story from the CBC) – Story tip from Murray Lindsay