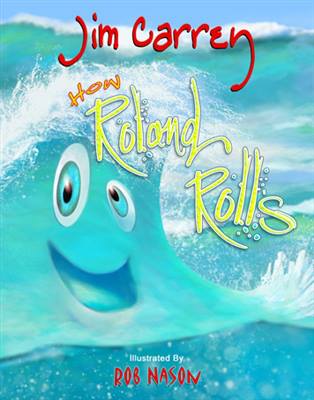 Comedic genius Jim Carrey is one of the biggest names in entertainment, having starred in Liar, Liar, Bruce Almighty and demontrated serious acting ability in films like Man on the Moon and The Truman Show for which he won Golden Globes. Now, add children’s book author to his list of talents.

His self-published book, “How Roland Rolls

,” about a young ocean wave who is afraid of hitting the shore, will be available on book shelves and e-readers September 24.

The 68-pages, beautifully illustrated by animator R. C. Nason, are meant for children ages 4-8. Carrey wanted to help them feel safe and to ease any fears of being alone by offering them the notion that all life is interconnected. He uses the familiar metaphor of a wave as part of the ocean, not separate from it — being an individual, but also part of something greater and supportive.

“When I was a child,” Carrey said, “my parents were smokers and I had a deep fear that they would pass … and then what would happen to me? I think that’s a common fear for children – the fear of loss. But when we realize that beneath the surface we are all connected, that fear of loss gets softened. At least that’s been true for me.”

The beginnings of Roland the wave as a character goes back to the year when Carrey first arrived in Los Angeles. He spent a lot of time on the beach in Malibu, watching the waves.

In Roland’s case, when he looks at what’s under the water, down deep, he’s struck by the notion that he’s not just a wave — he’s an extension of the whole big, wide ocean. 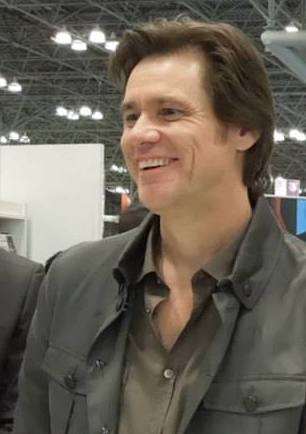 Carrey’s always been drawn to stories geared for children if they can stimulate hope and faith. “That’s what attracted me to the Grinch, Horton Hears a Who, and Mr. Popper’s Penguins,” he said. “Through stories we make our children feel secure, and believe that good conquers evil.”

Because Roland is a reflection of his spiritual beliefs, he didn’t want his message diluted by any New York publishers so he decided to self-publish the story using his own media company, Some Kind of Garden Media. An enhanced e-book will be released the same day as the book and will include four songs about Roland sung by Carrey and his daughter.

, and visit the website for more information, including activities for kids: www.howrolandrolls.com