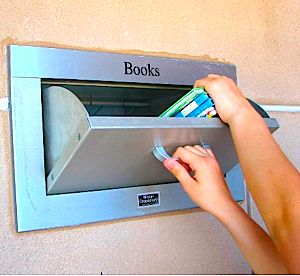 A new study claims that more DVDs are borrowed from libraries each day than are rented via Netflix, Redbox or Blockbuster.

According to the survey released by the Online Computer Library Center, public libraries in the U.S. lend an average 2.1 million videos/day, which edges out the 2 million discs shipped by Netflix…

Another recent report says that libraries have doubled the size of their movie collections over the last decade — and library users have taken notice.

“Friday nights, the hour before we close, it’s like a video store… People are running to get their movies before the weekend.”

(READ the story in the Courant, via the Consumerist)