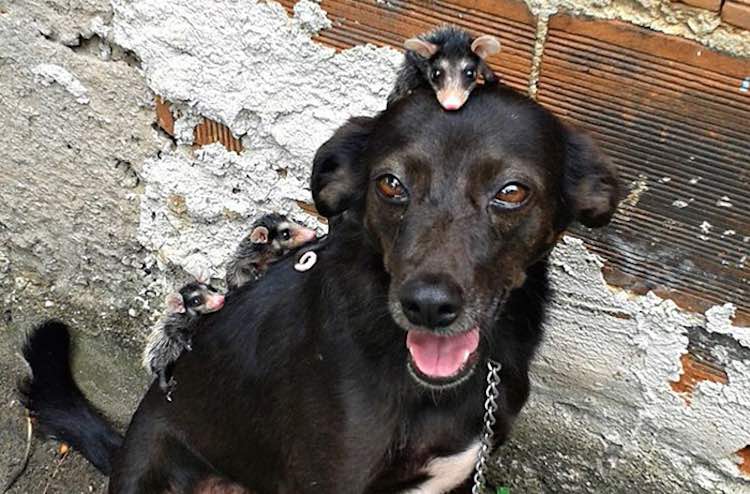 These 7 baby opossums were in dire straits, but thanks to a loving pup named Pretinha and her owner Stephanie Maldonado, these tiny marsupials have found a new life.

Stephanie was called to her uncle’s house when his dog attacked and killed a mother possum in his backyard.

The critter’s now-orphaned babies – who hadn’t even opened their eyes yet – must have been only a few days old when they were found strewn about the grass.

Stephanie took the helpless creatures home where she nursed them back to health – with the help of Pretinha, of course.

WATCH: Baby Deer Refused To Leave Side of Man Who Rescued It

Since baby marsupials usually stay in their mother’s pouch for the first few weeks after birth, Stephanie wasn’t sure that they could survive without the motherly attention they needed.

Pretinha, however, rose to the maternal role beautifully.

The canine regularly snuggles with her adoptive children, licks them clean after a day’s romp, and even gives them piggy-back rides when they go out for walks.

Even though Pretinha makes a fabulous mother, Stephanie hopes to release the opossums back into the wild once they’re healthy and older.