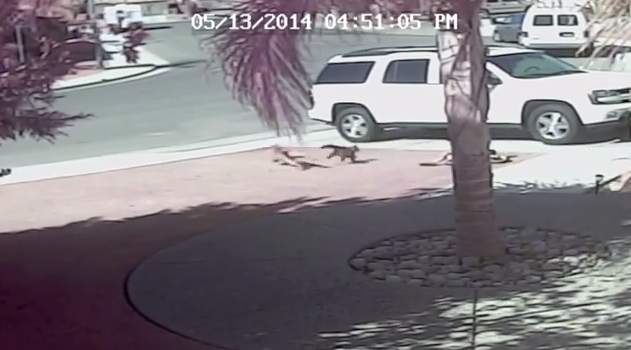 A little boy named Jeremy was riding a bike calmly around his driveway when suddenly the neighbor’s Labrador-Chow puppy came into the yard and attacked his leg, pulling him to the ground and shaking him violently.

The Triantafilo family posted an amazing video on YouTube from surveillance cameras that showed the family’s cat, Tara, charging at the dog in mid-attack, and running it off their property.

The hero cat, a stray adopted by the Bakersfield, California family six years ago, has been seen by millions of people worldwide, after the story went viral on news and social media websites.

Jeremy is doing fine, after getting ten stitches to sew up his leg.

(READ more and watch an interview with the family on TODAY)