Home All News Inspiring Dreams of His Mother: The Extraordinary Woman Who Shaped Barack Obama 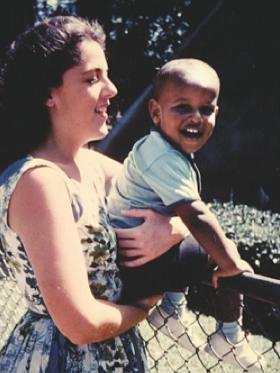 If you want to understand what shaped our president, don’t look to his father’s disappearance. It was his unconventional mother who made him.

In 1960, before the Civil Rights Act, before the women’s movement, a smart, white 17-year-old arrived at college. Within weeks she became pregnant and dropped out of school to marry an African — at a time when doing so qualified as a felony in nearly half of America.

The startling part of her story was her conviction—as the child grew into a man—that her son was so gifted “that he can do anything he ever wants in the world, even be president of the United States.”

(READ the article on Ann Dunham in Newsweek)