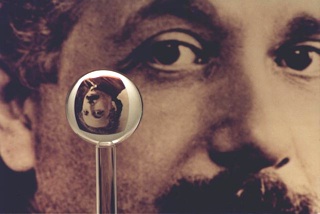 Einstein was right: There is a four-dimensional space-time vortex around Earth, and the spin of Earth does twist space-time.

That’s according to NASA, in an announcement made 52 years after scientists first imagined how to test Einstein’s theory on space-time – before the technology to test it had even been invented.

NASA announced confirmation of the four-D space-time vortex around Earth on May 4, 2011.

Einstein published his general theory of relativity in 1916.

(READ the story in EarthSky.org)