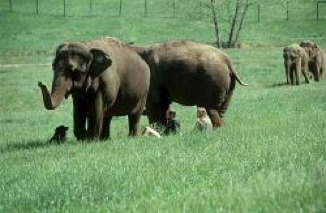 Elephants are majestic creatures who are highly intelligent, complex, social, sensitive and even humorous. They form intricate family structures and grieve for their dead. In the wild, elephants are migratory, walking 30 to 50 miles each day — a disturbing fact for elephants faced with life in a zoo.

Carol Buckley worked in tandem with elephants for twenty years in television, motion pictures and circus shows until, in 1995, she began to fulfill the migratory dream for elephants restrained by captivity. She founded the Elephant Sanctuary in Hohenwald, Tennessee, a 2700-acre reserve that is now home to more than 20 Asian and African elephants rescued or retired from zoos and circuses.

Good News Network member Janet Locke suggested we needed to write about this organization and its residents, who are not paraded before the public — even in a humane way; instead, “they are encouraged to live like elephants.”

The founders, Carol and her partner Scott Blais, recently agreed to rescue eight circus elephants that had been chained by two feet of length in an Illinois barn for two solid years.

Those eight elephants now have complete freedom to roam over hundreds of acres of the wonderful sanctuary habitat. They are given free-choice access to come into a heated barn at night or sleep outside under the stars. By day they swim in the sanctuary’s creeks and ponds, explore the subtropical forests, graze in meadows, scratch their backs on trees and nap in soft grass, all for the first time in their lives. It is enthralling to witness the elephants enjoying their freedom at this sanctuary. 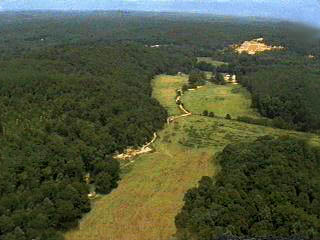 To care for the eight newest refugees to the Elephant Sanctuary, the organization will need antibiotics for a yearlong course of treatment for tuberculosis, estimated to cost $200,000, along with the standard expenses of regular medical care; hundreds of pounds of fruits, vegetables and grain daily; eight semi-trailer loads of hay annually; and trained caregivers. The cost to care for these eight elephants for one year is estimated to be $2 million.

Visit elephants.com to see how you can help.

(With writing from Janet Locke)