Home This Day In History Good News in History, July 8 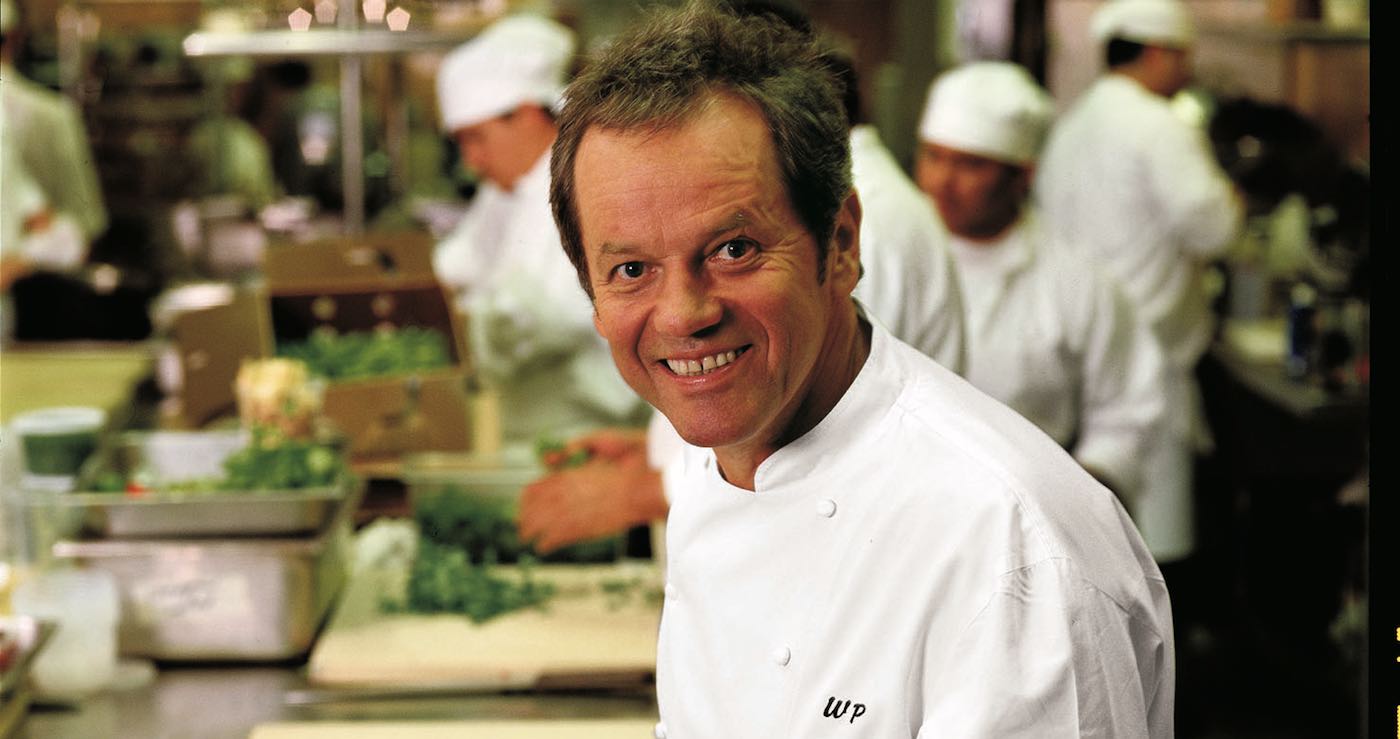 Happy 70th Birthday to Chef Wolfgang Puck, the Austrian restaurateur and businessman who learned cooking from his pastry-chef mother. Puck moved to the U.S. at 24 and, following the publication of his first cookbook, Modern French Cooking for the American Kitchen, he opened his first restaurant, Spago, on L.A.’s Sunset Strip in 1982. It became one of the Top 40 Restaurants in the US, and was awarded two Michelin stars.

His success enabled him to launch the Wolfgang Puck Companies, which includes 20 fine restaurants, catering services served at the Academy Awards Governors Ball for 25 years, more than 80 Wolfgang Puck Express locations, and merchandise including cookbooks, canned foods, and coffee products.

Chef Puck is active in charity work, and co-founded a foundation that supports Meals on Wheels; raising more than $15 million since its inception.

Happy Birthday to actor and musician Kevin Bacon who turns 61 today. He and his famous wife Kyra Sedgwick (The Closer) have been married almost 30 years, and now you can win a double date with them for dinner and dancing in NYC—including flights and a 4-star hotel—by donating to his charity. Bacon’s diverse acting career includes Footloose, Diner, JFK, A Few Good Men, Apollo 13, Mystic River, Taking Chance, The Woodsman, and the TV drama The Following. He is one of the best actors never to have received an Academy Award nomination, though he did win a Golden Globe, Screen Actors Guild Award, and an Emmy nod. His musical group, The Bacon Brothers, formed in 1997 with his brother Michael, released an album last year with a US tour.

The Philadelphia-born Bacon became the focus of a viral game, “Six Degrees of Kevin Bacon“, that connected him to any actor’s work in Hollywood (living or dead) within six steps. In 2007, he parlayed the game’s popularity into a charity, SixDegrees.org. Born out of a desire to create a lasting positive impact, it enables people to become celebrities for their own causes, and has raised more than $5 million for grassroots charities of all kinds. (1958)

And, Happy 68th Birthday to actress and director Anjelica Huston. The third generation of her family to win an Academy Award, she earned it for her supporting role in Prizzi’s Honor, which was directed by her father, John Huston. He previously won the award along with her actor grandfather, Walter Huston.

She also received Oscar nominations for Enemies, a Love Story and The Grifters. Huston also received British Academy Award nominations for her work in the Woody Allen films Crimes and Misdemeanors and Manhattan Murder Mystery. Among her other roles, she starred as Morticia Addams in The Addams Family, receiving a Golden Globe nod, and frequently collaborated with director Wes Anderson (The Royal Tenenbaums and others). She is also the author of two memoirs; A Story Lately Told and Watch Me. (1951)