Home This Day In History Good News in History, August 8 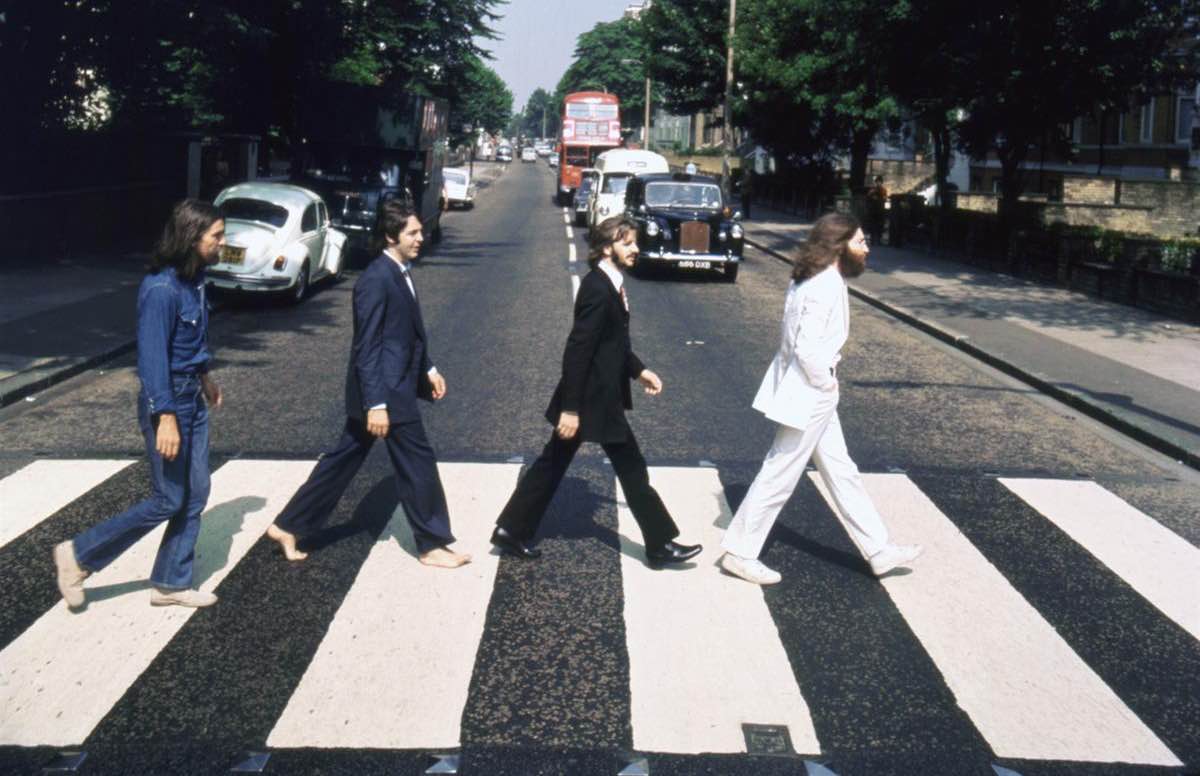 50 years ago today, The Beatles shot the famous photo for cover of their Abbey Road album in the crosswalk outside Abbey Road studios. Tourists now pose and snap photos by the thousands every day. And, in fact, in 2011, Abbey Road Studios installed a 24-hour live streaming web camera focused on the historic pedestrian crossing to show how everyone tries recreate the iconic Beatles lineup. (1969)

Here’s my my family taking their best shot—without the motorized crane that The Fab Four must have used. (I thought it was a great coincidence that some of the outfits matched the original Beatles shot—though none of us were barefoot!) 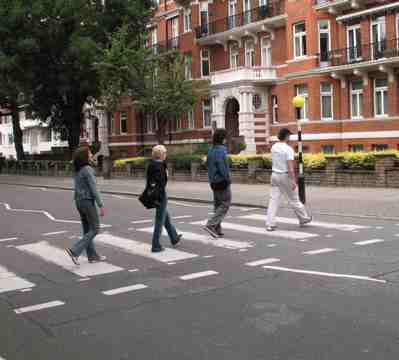 In 1970, shortly before her tragic death, Janis Joplin bought a gravestone for blues legend Bessie Smith, who was buried in an unmarked grave after she died in a car accident in 1937. Joplin often called Smith’s raspy blues voice her greatest inspiration. The marker, in Mount Lawn Cemetery in Sharon Hill, PA, reads, “The Greatest Blues Singer in the World Will Never Stop Singing.”

And, on this day in 1942, the Quit India Movement was launched at the Bombay session of the All India Congress Committee in response to Gandhi’s call for immediate independence of India. In a speech at the Gowalia Tank Maidan, renamed August Revolution Ground, Gandhi urged Indians to follow a course of non-violent civil disobedience to bring the British Govt. to the negotiating table. He told the masses to act as an independent nation and not to follow the orders of the British. His call “to Do or Die” found support among a large number of Indians… 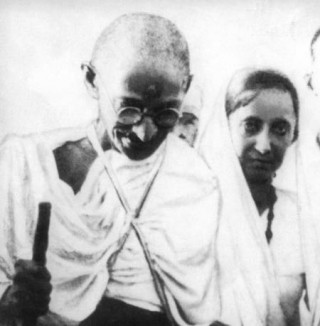 Within 24 hours, almost the entire Congress leadership was put into confinement, cut-off from the rest of the world for over three years. Later, the Congress party was banned. These actions only created sympathy for the cause among the population. Despite lack of direct leadership, large-scale protests and demonstrations were held all over the country. Workers remained absent en masse and strikes were called. More than 100,000 arrests were made nationwide, and though Gandhi’s own health was failing, he went on 21-day protest fasts and maintained a superhuman resolve to continuous resistance. Although the British released Gandhi on account of his failing health in 1944, Gandhi kept up the resistance, demanding the complete release of the Congress leadership. 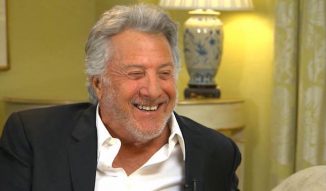 Happy 82nd birthday to legendary American film star Dustin Hoffman. Voted by acting school classmates as “Least Likely To Succeed”, Hoffman went on to win two Oscars for roles in Kramer vs. Kramer and Rain Man. Known for his versatility, he starred in The Graduate, Midnight Cowboy, Little Big Man, Lenny, All the President’s Men, and Tootsie. WATCH a wonderful TODAY interview about his film regrets and success… ( 1937)

Also on this day, in 1992 a U.S. ‘Dream Team’ won the gold medal in basketball at the Barcelona Olympics with a combination of superstars that some called the greatest sports team ever assembled: Michael Jordan, Magic Johnson, Larry Bird, Scottie Pippen, Charles Barkley, and Patrick Ewing.

By the end of the 1980s, American amateurs were no longer competitive against seasoned professionals from the Soviet Union and Yugoslavia, so in 1989, international basketball’s governing body, FIBA, modified its rules to allowed a USA team fielded with National Basketball Association players. The Soviets voted against the proposal that FIBA Secretary General Borislav Stanković had advocated for years.

The team scored 100 points in every game—the first Olympic team to do so– and never called a single time-out during the entire competition, another record. Jordan later said, “That was the highlight of my career. It always will be.” WATCH a montage of the most spectacular plays—moves that would impress even the least interested…