Home This Day In History Good News in History, August 17

60 years ago today, the American jazz trumpeter Miles Davis released Kind of Blue, the highly influential best-selling jazz record of all time. Regarded by many critics as one the greatest albums ever composed, Davis’s masterpiece influenced artists in genres from jazz to rock, to classical. Having sold nearly 5 million copies, the certified quadruple platinum LP was based on improvisation around scales—rather than chord progressions like blues or pop music—and was revolutionary in its mapping of uncharted territory, creating a new language for music based on the modal theory. HEAR the opening track, So What… (1959)

As was Davis’s penchant, he called for almost no rehearsal and the musicians had little idea what they were to record. As described in the original liner notes by pianist Bill Evans, Davis had only given the band sketches of scales and melody lines on which to improvise. Davis gave brief instructions in studio for each of the five tracks. The persistent legend that the entire album was recorded in one pass is untrue. It was, however, recorded in two days. Coltrane said it was music “made in heaven”—a gift to the world.

Miles, who was born in Illinois, died in 1991 at the age of 65, from the combined effects of a stroke, pneumonia, and respiratory failure (he was a heavy smoker). He was buried with one of his trumpets in a cemetery in The Bronx near Duke Ellington’s gravesite. 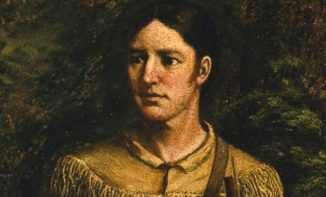 And on this day in 1786, the American folk hero Davy Crockett was born. An outstanding frontiersman, soldier in the Texas Revolution, and Tennessee congressman, he was known as the “King of the Wild Frontier”.

Happy Birthday to Robert De Niro, who was born in New York City 76 years ago today. The actor has appeared in over 100 films and earned 7 Academy Award nominations, winning twice—for Best Actor in Raging Bull (directed by Martin Scorsese), and for his break-out supporting role (at age 30) as the young Vito Corleone in Coppola’s epic sequel The Godfather Part II.

As a boy, he found relief from his shyness through performing, and dropped out of school at age 16 to pursue acting. A favorite of Scorsese’s, the two have worked together in nine films, including Taxi Driver, Cape Fear and Goodfellas. They’ve teamed up again in 2019 with The Irishman, a biographical crime film co-starring De Niro as a hit man and Al Pacino as Jimmy Hoffa. (1943)

And, on this day in 1907, Pike Place Market, Seattle’s iconic tourist destination and one of the longest running farmers markets in the U.S., opened. 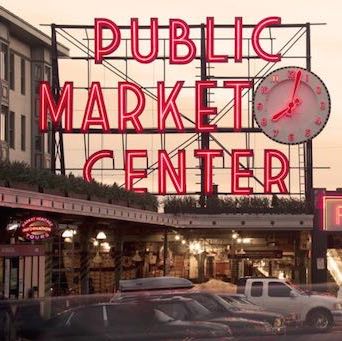 With more than 10 million visitors exploring the 9-acre registered historic district annually, it is home to 500+ small independent businesses, including farmers, craftspeople, butchers, fish markets, shops, bakeries, restaurants, and specialty food stores. Additionally, there are more than 300 low-income housing units in the bustling year-round market, many of which are above popular storefronts. The City chartered the Pike Place Market Preservation and Development Authority, a nonprofit public corporation, to preserve, rehabilitate and protect buildings within the Market, increase the opportunities for farm and food retailing, support small and marginal businesses, and provide services for low-income individuals. WATCH its famous Fish Throwing ritual…

SHARE This Good News in History on Social Media…