Home This Day In History Good News in History, January 8

230 years ago today, George Washington delivered the very first presidential State of the Union address to the nation. The speech, delivered in New York City within the first Senate Chamber was the first annual address given by a president of the United States—and it set the standard for what would become expected of presidents long after him. The Senate body, headed by their president, were on his right, while the House of Representatives with their speaker were on his left. His demeanor gave the event the respect and importance that it has commanded since that first speech. Though it was the shortest State of the Union Address to date, with only 1,089 words, the Founding Father expressed “great satisfaction” with the cooperation in Congress “in the pleasing though arduous task of insuring to our fellow citizens the blessings which they have a right to expect from a free, efficient, and equal government.” LEARN more… (1790)

Unlike modern speeches, there were no details surrounding his points, but he outlined some of the challenges that their young America would face in order to secure their future. The country’s first chief executive, Washington wanted to create a competent army and to gather the resources needed to maintain one. “To be prepared for war is one of the most effectual means of preserving peace.” The army itself, its funding, supplies, and structure still needed to be determined so Washington included this in his speech because it needed to be addressed immediately.

The need for foreign policy was also a top concern and he promised to do his duty in the manner that “may render the most public good.” He also envisioned a naturalization process for foreigners to show how important they were to the country and to show the need that the nation had for new citizens.

President Washington also encouraged the advancement of agriculture, commerce, and manufacturing—and the promotion of science and literature. “Knowledge is in every country the surest basis of public happiness.” He reminded the country that they needed knowledge in order to be able to “know and to value their own rights; to discern and provide against invasions of them.”

And, on this day in 1935, Elvis Presley was born in Tupelo, Mississippi. Musically inspired in a local church, he moved to Memphis with his mother, Gladys, and recorded his first song at age 19 for Sun Records.

He quickly became a chart-topping artist tapping a wide mix of influences across color lines, and the best-selling solo act in the history of recorded music.

Also, on this day in 1942, Stephen Hawking was born. The English theoretical physicist and cosmologist authored a popular science book, A Brief History of Time, which was on a best-seller list for a record-breaking 237 weeks.

His scientific breakthroughs included a prediction that black holes emit radiation, often called Hawking radiation. He was the first to set forth a theory of cosmology explained by a union of the general theory of relativity and quantum mechanics. Hawking, who died in 2018, had a rare early-onset, slow-progressing form of ALS that paralyzed him over decades until he used a single cheek muscle to communicate through a speech-generating device.

And, on this day in 1918, U.S. President Woodrow Wilson became a force for peace toward the end of World War I by proposing a list of principles to be used in negotiating a treaty between nations. 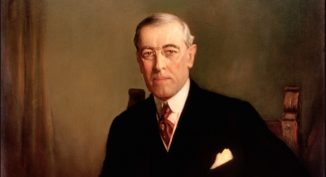 The Fourteen Points were outlined in a speech to Congress, and earned him the Nobel Peace Prize for his ‘Wilsonian idealism’. He translated domestic progressive ideals—free trade, open agreements, democracy and self-determination— into a foreign policy that even the Bolshevik leader Vladimir Lenin viewed as a landmark of enlightenment in international relations. In the relatively short 1,200-word speech, Wilson directly addressed what he perceived as the causes for The Great War by calling for the abolition of secret treaties, a reduction in armaments, an adjustment in colonial claims to benefit both native peoples and colonists—and freedom of the seas (the absence of which became the reason the U.S. entered the European conflict).

The 28th president, Wilson also made proposals that would bolster world peace in the future. For example, he proposed the removal of economic barriers between nations, the promise of self-determination for national minorities, and a world organization that would guarantee the “political independence and territorial integrity of great and small states alike”—a League of Nations. The Fourteen Points carried such authority that they became the basis for negotiations of the Treaty of Versailles that ended the war, but because Wilson fell ill, France was able to advance key points in their favor, angering the Germans and fueling the rise of national socialism there. 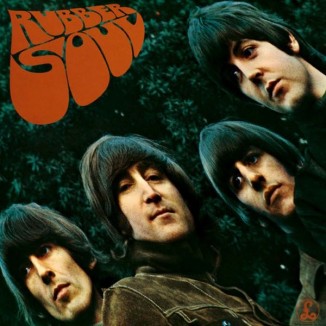 And, on this day in 1966, The Beatles’ reached No.1 on the US album chart with the groundbreaking Rubber Soul. Their 7th chart–topping LP, it stayed on the Billboard list for 56 weeks, with album sales that were unprecedented. At the same time, their single ‘We Can Work It Out’ became the group’s 11th U.S. No.1 hit. Singer-songwriter Elvis Costello remembers the influence it had on those of his generation. An 11-year-old fan at the time, he recalls his initial reaction to the album: “‘I don’t like this, I think they’ve lost their minds’… I didn’t understand a word, I didn’t think it was any good—and then six weeks later you couldn’t live without the record. That’s when you trust the people who make music to take you somewhere you haven’t been before.” 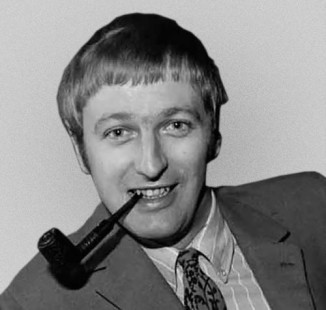 Also born on this day, Graham Chapman, the English comedian, writer, actor, and founding member of Monty Python who gave up a looming medical career to become a comedian. He was thought to be the best actor in the Python group, and played the lead role in two of their films, Holy Grail and Life of Brian. Also notable, he replaced the toaster in one of their most famous comedy sketches with a dead Norwegian Blue parrot. Watch some memorable moments from Chapman and Monty Python… (1941-1989)