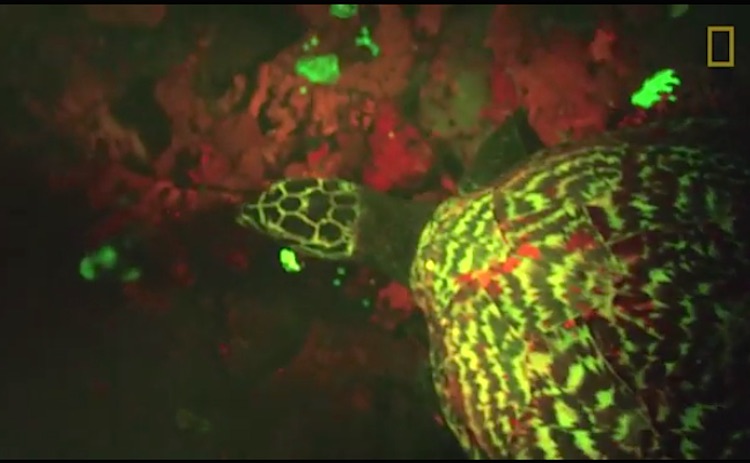 Tiny fireflies are old news – the world’s first luminescent reptile was discovered lighting up the waters in the South Pacific.

While National Geographic marine biologists were filming bioflourescent corals in the reefs of the Solomon Islands, a hawkbill sea turtle with an almost alien-like red and green glow glided by. 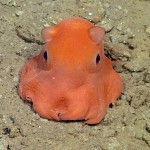 “I’m taking pictures of corals that we already know are bioflourescent,” marine biologist David Gruber said in the National Geographic Exclusive, “and then in the middle – maybe forty minutes into the dive – out of the blue it almost looks like a green and red spaceship and it came right underneath my camera! The only animal that I can really tell you definitively has two (bioflourescent) colors is corals.”

Fireflies have a different type of glow. Bioluminescent organisms – like fireflies – use chemical reactions in their bodies to exude light, while bioflourescent beings absorb light, and radiate it back out.

The phenomenon is known to exist in corals, crabs, insects, and more than 200 kinds of fishes. Biologists are still uncertain as to why the sea turtle would need the eerie glow for it’s survival. They speculated that the reptile might light up either as a defense mechanism or to reel in prey.

Scientists are only just starting to scratch the surface of bioflourescence on a cellular level, and the hawksbill sea turtle is a huge milestone on the road to illumination.