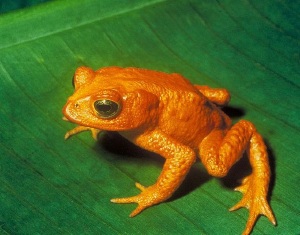 Led by the Smithsonian Institution, zoos in the US, Panama and Mexico are reenergizing the effort to save frogs from a deadly fungus blamed for the death of dozens of species.

The new Amphibian Rescue and Conservation Project was announced Monday, to raise money and deploy scientists armed with the latest research to a small slice of Panama that is the only area in Central America that appears to be untouched by the disease.

Researchers are excited by new studies into the fast-spreading chytrid fungus which shows that a frogs’ own bacteria can be used to fight the fungal infection. Scientists from James Madison University in Virginia who bathed frogs in a mixture containing the bacteria recorded a 100 percent survival rate.

DONATE to help save the frogs at amphibianrescue.com.