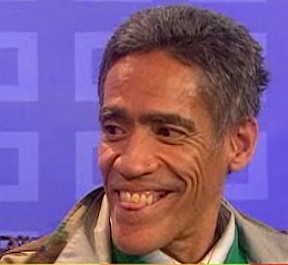 Most of us have now seen and heard the homeless man with the golden voice, whose story launched on YouTube struck a national chord and whose pipes landed him numerous job offers and a new home in just a few days.

This morning Ted Williams spoke to the Today Show hosts about the whirlwind of blessings landing in his lap since he was first recorded by a Columbus reporter while he was begging on an Ohio street earlier this week.

UPDATE: After Williams left the Today show, he went to his first freelance job, recording a TV spot for Kraft Macaroni and Cheese (Watch it here.)