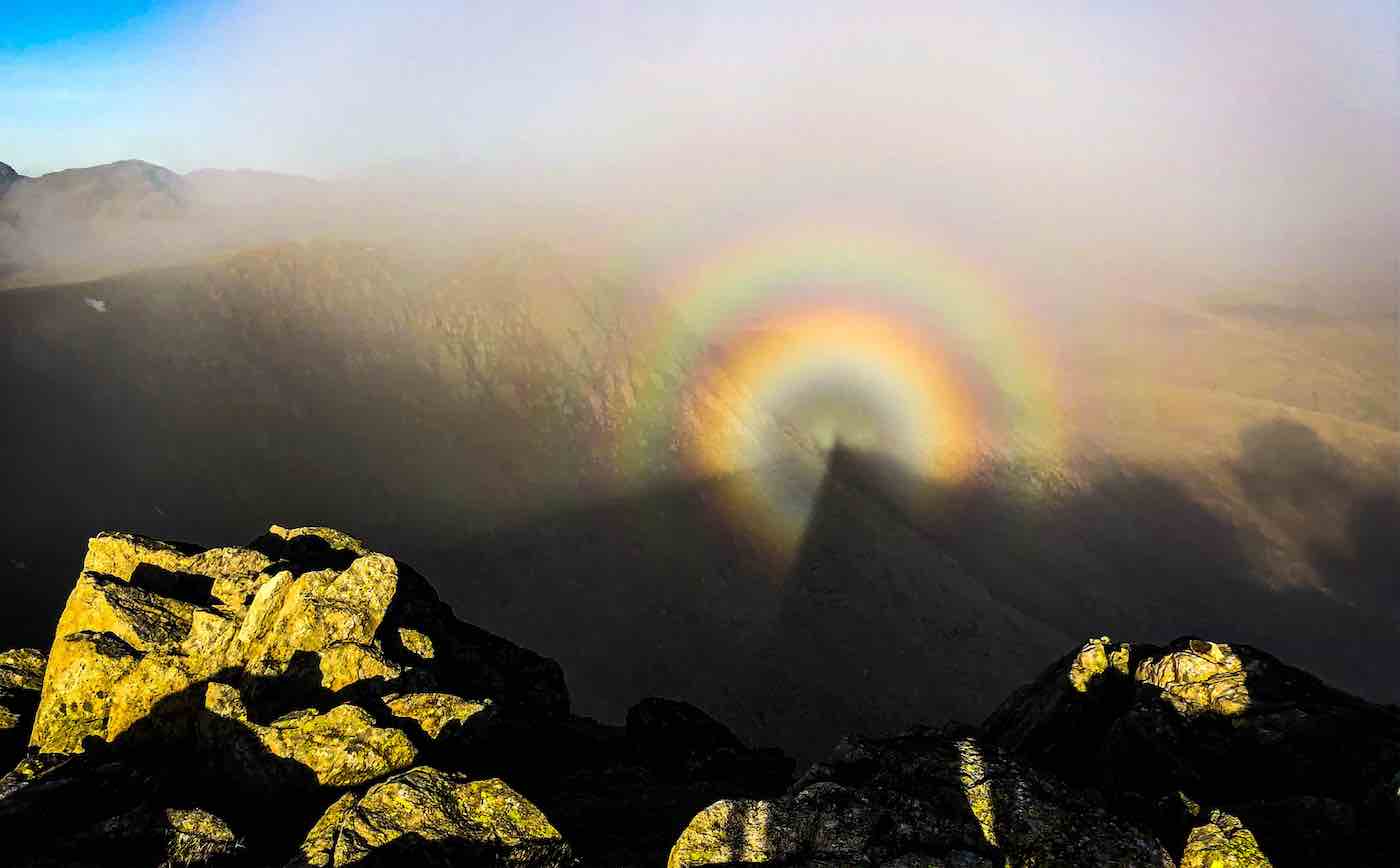 A hiker has captured these magnificent images of a rare weather phenomenon that looks like a “rainbow halo” on top of an English mountain.

39-year-old Adrian Conchie was walking on a fell in the Lake District when he looked down and clocked the spectacular display, known as the Brocken specter.

The dad-of-one described the moment, which took place at 11:30AM on New Year’s Eve, as “magical” and “absolutely incredible”.

According to the Met Office, the Brocken specter appears when a person stands above the upper surface of a cloud—on a mountain or high ground—with the sun behind them.

“When they view their shadow, the light is reflected back in such a way that a spooky circular ‘glory’ appears around the point directly opposite the sun,” the Met Office said.

Conchie, who runs an engraving business in Knutsford, Cheshire, was on an 11-mile hike at Swirl How near Coniston when the Brocken specter appeared to him.

“I had always wanted to see one after seeing pictures online and hearing about how amazing they are from friends,” said Conchie. “When we got to the summit I looked down and there it was—it was so vivid.

“I thought it would disappear there and then but it stayed for a few minutes, it was a really magical experience.”

Miraculously, Conchie and his friend Bryony stumbled upon another Brocken specter later that very same day up a nearby mountain called Wetherlam.