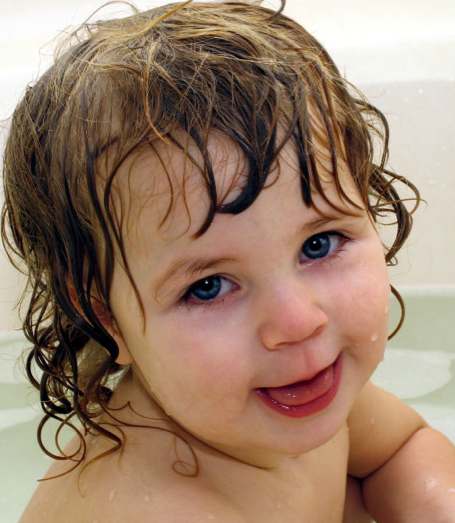 Johnson & Johnson executives were handed 30,000 signatures from consumers in February who, instead of complaining, were praising the company.

As one of the world’s largest producers of personal care products, it had followed through on an August pledge to remove toxic chemicals from its baby products — and by doing so, signaled a change in corporate America.

“Smart companies that are marketing to children are in a footrace to phase out chemicals of concern,” said Scott Faber of the Environmental Working Group, an environmental group that presented the signatures to the corporation.

Just four years ago, Johnson & Johnson had to answer to a round of laboratory testing by the Campaign for Safe Cosmetics, a nonprofit watchdog group that revealed its gentle, mild baby shampoo contained the carcinogen formaldehyde.

After that blast of publicity, executives pledged to eliminate formaldehyde, parabens, triclosan (a known endocrine disrupter) and phthalates from all baby products. It went further, cleaning up the ingredient list of its adult products: It has removed triclosan and phthalates, but will keep using three parabens, and use formaldehyde “in exceptional cases where other preservatives wouldn’t work,” according to the company’s new policy.

Driving Johnson & Johnson’s initiative is the educated consumer, said Samantha Lucas, a corporate spokeswoman, in an interview from its New Brunswick, N.J., headquarters.

“We’ve been replying with evidence of the science that ensures safety. Now we have to go beyond science and be responsive to our consumers because it’s really about their peace of mind,” she said. 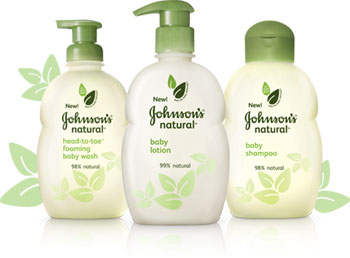 In many personal care products and cosmetics, several chemicals on government watch lists have been added typically as preservatives, or fragrances, or stabilizers — or, in the case of triclosan, as an anti-bacterial agent. In recent years laboratory studies turned up tumors, cellular changes or disruption of healthy development and reproduction. States are beginning to restrict them, particularly in children’s products.

“We’ve found agreeable alternatives,” Lucas said. “We’re committed to absolute transparency about what’s in the product, and what’s on the label. We’re very involved in the complete supply chain, including holding our suppliers and our raw materials providers to our high standards.”

For example, their chemists said they reformulated products in a way that would extend shelf life and prevent the growth of bacteria without using preservatives that release the alcohol form of formaldehyde. They also eliminated parabens, which serve as preservatives and are found in many commercial baby wipes. But the company only cut parabens in baby products; the company did not answer questions about why they remain in its other products.

Johnson & Johnson says it removed DEP, the phthalate most commonly used in fragrance and other cosmetics, and other phthalates from all products, and they announced that their fragrances wouldn’t contain animal-derived ingredients, nitromusks and polycyclic musks, tagetes, rose crystal and diacetyl. Triclosan has been eliminated, which is also good for the environment where the chemical has been linked to deformities in frogs.

One substance, 1,4-dioxane, a solvent linked with cancer, is harder to avoid. It is an unintentional impurity in cosmetics, detergents and shampoos, manufacturers say. Johnson & Johnson claims it has reformulated about 70 percent of its baby products with new formulations that reduce 1,4-dioxane, and has pressured suppliers to reduce the compound in materials while it is searching for technologies that will eliminate it altogether, according to its website.

Big corporations are beginning to find safer alternatives such as using grapefruit seed extract as a preservative, to reformulate the product using fewer ingredients or to choose different packaging, said Janet Nudelman, cofounder of Campaign for Safe Cosmetics, the group that blew the whistle on Johnson & Johnson and now praises it.

Companies are starting to embrace the concept of avoiding chemicals of concern (see a list here), while new disclosure requirements, such as Washington state’s groundbreaking law, can serve as a de facto ban.

“Companies would rather quietly reformulate their products than have consumers know there are carcinogens or reproductive toxins in the product,” she said.

“The small companies demonstrate to the big cosmetic giants that making safe products is not only possible, but it’s also profitable,” said Nudelman. “It’s what consumers want.”