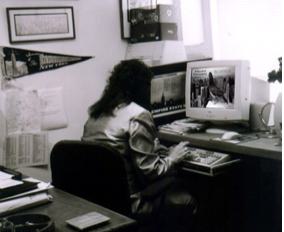 Don’t assume that no one is hiring. There are some bright spots in today’s economy:

According to one Information Technology hiring index, 12 percent of the more than 1,400 CIOs polled planned to hire employees during the first quarter of 2009, Microsoft is among this group, as are the thriving tech giants, Google, Cisco and Apple. Look particularly for hiring in the areas of security, wireless support, applications, servers and storage.

Career fields that are thriving or growing include education, IT, health, professional services, environmental technologies, science and space. In fact, about half of the businesses in these fields that were surveyed statewide in Alabama expect to maintain or increase employment.

The number of federal workers is on the rise, but you don’t necessarily need to move to Washington. Some jobs are located in cities and states. For instance, the US government will be hiring 140,000 people across the country to get ready for the official 2010 census count. Check local offices online.

Companies that are thriving include Netflix and eBay as well as grocery store chains like Wegmans, Whole Foods, and Publix Super Markets, which will continue hiring.

There is even a breath of fresh air in the banking sector these days: Hudson City Bancorp (HCBK) reported record earnings of $124.3 million for its most recent quarter. Hudson City is managed the old-school way and was awarded Forbes magazine’s title of “Best-Managed Bank of 2008”. Based in New York City, HCBK sits among the top 25 banks by asset size.