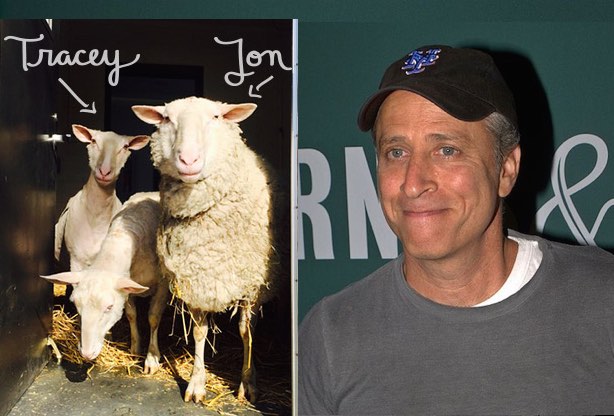 As he prepares to end his 16-year run as host of “The Daily Show,” Jon Stewart has spent some money and time on greener pastures of the farm variety. He and his wife Tracey bought a farm in New Jersey that will soon provide a new home for rescued farm animals.

On the Daily Show, Jon has shown some disdain for the worst practices of the livestock industry. He devoted an 8-minute comedy segment to the absurdity of New Jersey Governor Chris Christie’s refusal to sign a bill that would end the lifelong confinement of pigs in crates so small they can’t even turn around. And in an April episode, he interviewed the president and co-founder of Farm Sanctuary, a national group dedicated to changing the way society views and treats farm animals. They discussed his new book, Living the Farm Sanctuary Life: The Ultimate Guide to Eating Mindfully.

In November, Tracey Stewart purchased Farm Sanctuary sponsorships for all of the family’s Thanksgiving guests. She also brought their children to meet the animals at one of the three shelters run by the group.

Tracey discovered Farm Sanctuary after finding a copy of Changing Hearts and Minds About Animals and Food in a rental house where she was staying. The 2008 book, also authored by the group’s founder Gene Baur, inspired Tracey to reach out to the organization because she was busy writing her own book, Do Unto Animals, How We Can Make Their Lives Better. 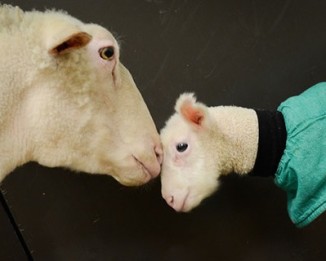 For all of these reasons and more, Farm Sanctuary named a pair of rescued sheep in their honor. Jon and Tracey gave birth to a lamb, too, which was named Hazleton in honor of the couple’s son.