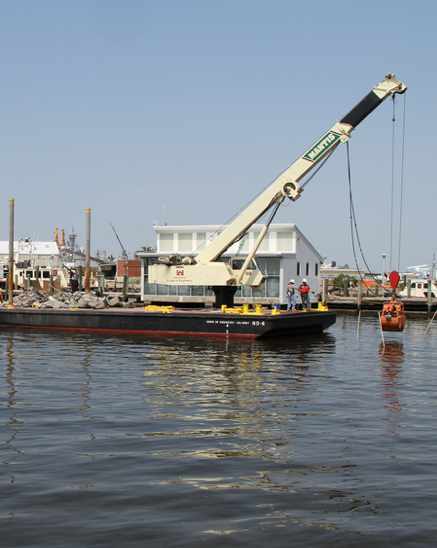 Half Moon Reef was once a massive underwater oyster colony in the most productive fishery in Texas, rich with shellfish, blue crabs and shrimp. Today there is barely an oyster left in the nearly-500-acre site.

It took seven years of planning but conservationists with the Nature Conservancy in Texas, are now rebuilding the reef in the heart of Matagorda Bay using huge boulders of Missouri limestone carried down the Mississippi River on 36 barges.

Scientists, engineers and laborers will spend two months placing the rocks in 8 feet of water along 45 acres. In its first-ever reef construction starting from the ground up, The Conservancy’s hopes are high for revitalizing an entire ecosystem.

Oysters played a vital role in protecting shorelines and filtering toxins in our oceans. They are key to the economic vitality of five states along the Gulf coast: Texas, Louisiana, Mississippi, Alabama and Florida.

The reef will be sub-tidal (fully submerged underwater) and designed to maximize structural complexity —a more diverse structural habitat leads to differently sized niches, caves and passageways, which not only attract oysters, but a variety of fish, shellfish, small invertebrates and sea turtles. That variety ensures a healthy, thriving habitat.

“We are not [just] restoring oysters, we are restoring habitat,” Boze Hancock, research scientist for the Conservancy’s Global Marine Team.

This type of restoration work offers the Gulf Coast a jumpstart of sorts: an individual oyster can filter around 50 gallons of water each day; a healthy one-acre reef filters approximately 24 million gallons of water daily. In other words, these reefs play a major role in building and maintaining coastal resiliency and enhancing and improving water quality. And with 207 estuaries and 30 major rivers draining into the Gulf—approximately 40,000 gallons of water flows into Matagorda Bay every second—oysters’ natural water filtration process becomes incredibly important in keeping the ecosystem healthy and balanced. 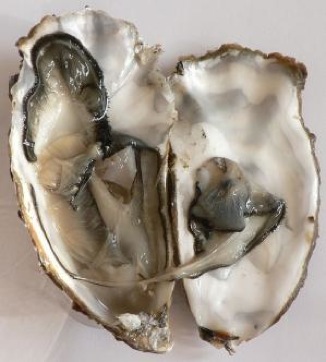 In the 19th century, there were extensive oyster reefs throughout the region’s various bays. Soon enough, oyster shells became a popular construction material and people began to harvest on a large scale. By the first half of the 20th century, oyster shells were a hot commodity and dredging intensified; in the process, millions of cubic yards of oyster shell were removed from reefs hugging the Texas coast.

According to The Conservancy’s Texas website, “Three-quarters of the remaining oyster reefs in the world are in just five locations in North America; of those regions, the Gulf of Mexico—which has lost about 50 percent of its reefs—is considered the last, best hope for full restoration of healthy oyster reefs.”

The restoration of Half Moon Reef is financed in part by a grant from the Coastal Impact Assistance Program and matching funds from KBR, Shell Oil and the Meadows Foundation.