Home All News Inspiring Man Brings His Dog into Furniture Store to Make Sure She Approves... 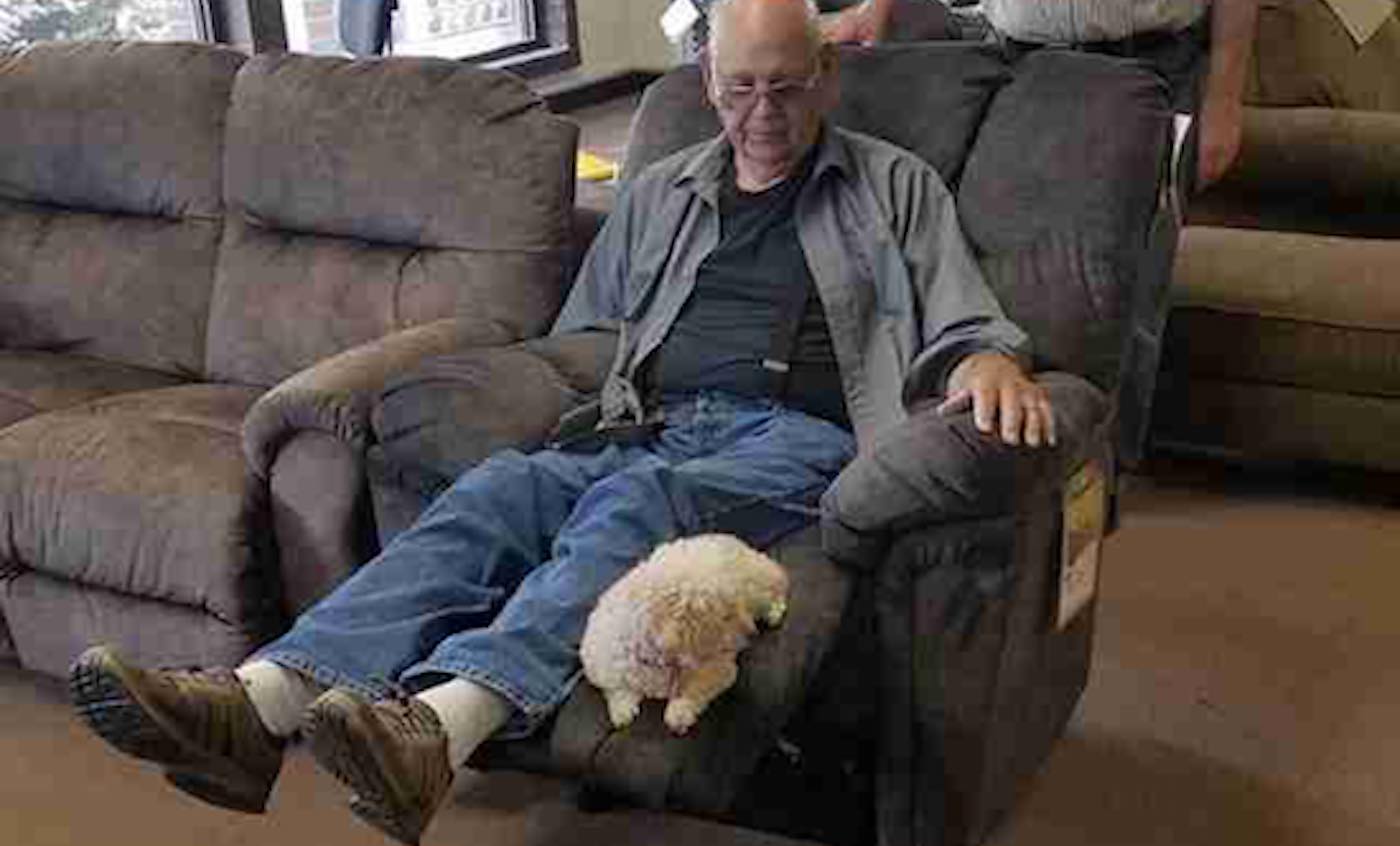 Most people have probably seen married couples shopping for furniture to decorate their new home—but people’s hearts are melting over this older man and his particularly adorable shopping companion.

Aleecia Dahl’s grandfather is “inseparable” from his best friend Coco the dog; wherever one goes, the other is usually not far away.

So when Grandpa Dahl and his wife moved into a new home, the senior doggie dad refused to buy a new recliner until it received an official stamp of approval from Coco.

WATCH: Wife Quits Her Job As Couple Spends 57 Tireless Days Searching for Their Dog in Mountain Town—See the Reunion

“When grandma and grandpa moved, they [needed to buy] new furniture,” Aleecia told The Dodo. “It was Grandpa’s requirement that the footrest on his lounge chair was wide enough for him and Coco to sit side by side.”

“He brought Coco into several stores to try out chairs until he found the perfect one,” she added. “Coco was always greeted with a smile, as I am sure it’s not every day a man and his dog go furniture shopping!”

Since Aleecia published photos of the dynamic duo trying out chairs in a furniture store, they have been shared thousands of times—and it’s not hard to see why… it’s pretty darn adorable.