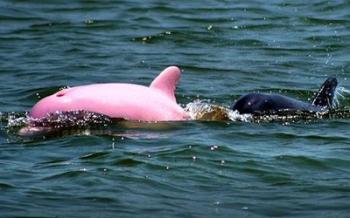 Bubblegum-pink dolphins. Few in Hong Kong knew of their existence until the early 1990’s when the government started reclaiming land in the heart of their habitat for the new airport. It was too late to halt that project, but environmentalists have been campaigning to preserve the unique mammals ever since.

In the past few years, civic groups have stopped several massive reclamation projects, campaigned to preserve old street markets, and just last month, successfully lobbied to halt redevelopment of a strip of tenements from the 1950s — all in an effort to preserve both the heritage of a city, and its pink neighbors.

(READ the story in the CS Monitor)