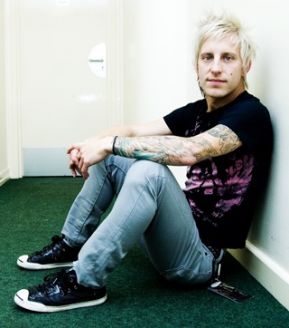 Last week, Chicago’s own Smashing Pumpkins played a benefit concert to raise money to pay the hospital bills for a local musician who was badly beaten after he stepped in to help a woman fighting off an attack by her husband. Matthew Leone was rushed to the hospital in June after incurring broken bones and head trauma when he heroically intervened in the domestic dispute near his home.

After several brain surgeries, the Good Samaritan bass player for Madina Lake is in stable condition but the medical bills for the uninsured musician are topping $250,000.

The concert and related auctions have raised around $80,000, after lead-singing Pumpkin, Billy Corgan, auctioned a signed guitar, band poster and an opportunity for fans to meet him, adding $16,000 to the tally.

Gov. Pat Quinn was onhand proclaiming Tuesday as Matt Leone day in Chicago, with Leone’s twin brother and band mate onstage beaming with pride beside him.

The Matthew Leone Fund was set up to collect donations as part of the nonprofit Sweet Relief Musicians Fund, which provides financial assistance to musicians facing illness or disability. You can donate to Matthew HERE.

WATCH the video below, or read it at ABC 7.  (Read more about the show at Chicago Sun-Times)