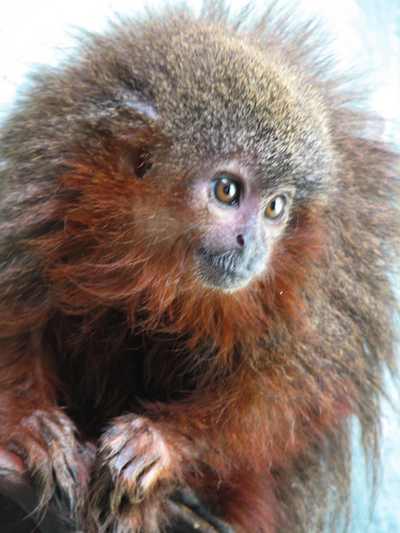 A purring monkey and a vegetarian piranha are among the new species of animals discovered during scientific expeditions in the Amazon rainforest.

Discovered by researchers between 2010 and 2013 and compiled for the first time by WWF, the new species add up to at an astounding 258 plants, 84 fish, 58 amphibians, 22 reptiles, 18 birds and the “purring” Caqueta titi monkey.

Callicebus caquetensis (pictured here), of the Colombian Amazon, endeared itself to the scientists because, “All of the babies purr like cats.”

As part of its Sky Rainforest Rescue, WWF is helping to save one billion trees in the Brazilian state of Acre. “Working together with local people and the state government, we’re finding alternatives to deforestation that can make the trees worth more standing than cut down,” says WWF in a press release. To date, over 5,000 people have committed to keeping the rainforest standing on their land.

(READ the story with more photos at the WWF)