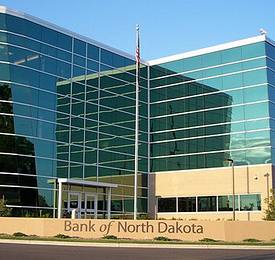 Since 1919, North Dakota has operated the nation’s only depository of this kind, a genuinely socialist enterprise that spins tax revenues into loans for in-state farmers, students, and small-business owners. Unlike other banks, the Bank of North Dakota (BND) plows about half its profits into the state budget and that is one of the reasons the state fourished during the recession, with the nation’s lowest unemployment rate (about 4 percent) and one of the largest budget surpluses (more than$1 billion).

(READ the story in Newsweek)