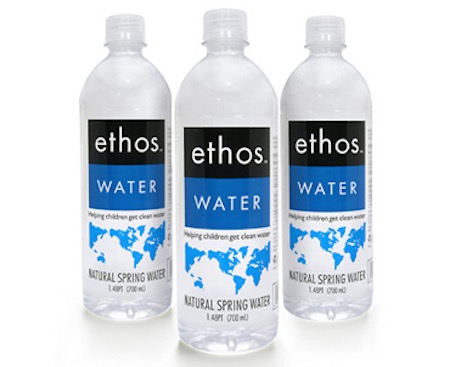 For each bottle of Ethos Water sold, a small contribution is funneled to water charities around the world–but those benefits came at the expense of California’s water supply.

Last week, in response to the serious drought conditions and water conservation efforts in California, Starbucks, the company’s owner, announced it was moving the sourcing and manufacturing of Ethos out of state.

“Beginning the first week of May and over the next six months, Starbucks plans to move production to its Pennsylvania supplier, while simultaneously exploring alternatives to transition to a new source and supplier to serve the company’s West Coast distribution,” the company said in a statement.

The Ethos water had been sourced from private springs in the town of Baxter, in the Sierra foothills and bottled it through a Safeway plant in Merced, which will continue its operation.

More beneficial to California is Starbucks’ claim that it decreased its in-store water usage by 26 percent across the state.

“We are committed to our mission to be a globally responsible company and to support the people of the state of California as they face this unprecedented drought,” said John Kelly, Starbucks senior vice president of Global Responsibility and Public Policy.

Since Starbucks acquired Ethos Water in 2005, the company has invested over $12 million in water, sanitation and hygiene education in coffee growing countries in Africa, Indonesia and Latin America.

However, the bottled water industry carries enormous costs in other areas– energy, oil, and the carbon footprint of manufacturing and shipping those bottles.