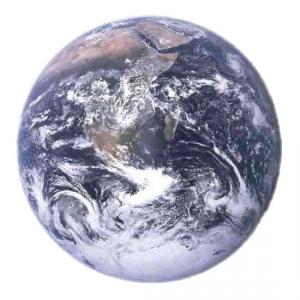 Despite what may be your immediate impression of 2008, overall it was a pretty good year. Looking back, one can be grateful that gas prices kept falling — just when people needed it the most. And, looking ahead, citizens from all walks of life seem to be hopeful about 2009.

Here, then, is my annual countdown of the Top Ten Good News Stories for 2008:

Last year was one of the safest years in modern aviation history, with the lowest number of crashes worldwide in 44 years. Even though air travel boomed, he total number of fatalities in 2007 was 25 percent lower than the year before, and is the lowest since 2004. (MSNBC.com)

9) Homelessness Reduced in America by 30 Percent

The Bush administration’s “radical and liberal” national campaign against chronic homelessness has been successful in leading the nation in a 30 percent decline in U.S. chronic homelessness from 2005 to 2007. “Housing first,” it’s called. For instance, in L.A., Beyond Shelter’s “Housing First” Program for Homeless Families has prevented family homelessness for thousands — primarily single mothers with children — who are rebuilding their lives in permanent rental housing throughout Los Angeles County. (McClatchy News)

8) Study: The World is Getting Happier (And, in America, the overall ratio is about five to one in favor of happiness on any average day)

Overall, the world is getting happier, according to the World Values Survey conducted regularly by a global network of social scientists. It found happiness to be on the rise since 1981 in 45 of 52 countries analyzed. Some of the optimism is attributed to economic growth in previously poor countries, democratization of others, and rising social tolerance for women and minority groups. The happiest country is Denmark. The US ranked 16th. (MSNBC.com) Also thanks to the Gallup Organization’s new Happiness Index – Read more about it at McClatchy)

Renewable energy markets surged in the United States in 2008 — including wind power, on a pace to increase 45% this year. In fact, wind, solar, and geothermal energy are all on the rise. The $700 billion rescue plan for the economy includes incentives and benefits for green consumers and businesses that want to expand energy conservation and renewable energy. And, President-Elect Obama has pledged to make renewables a top priority naming as secretary of energy, the highly respected scientist and Nobel laureate, Steven Chu.  (Environmental News Network)

Wildlife researchers said in August that they’ve discovered 125,000 western lowland gorillas deep in the forests of the Republic of Congo, calling it a major increase in the animal’s estimated population, possibly doubling previous  numbers for the primate. (Good News Network)

5) Number of New Cancer Cases Drops in U.S. For the First Time

Cancer researchers have been waiting for this day for a long time. For the first time since we began counting them, the number of new cancer cases has gone down. For both men and women the rates are falling across the board for lung cancer, colon cancer, and breast cancer. The declines held across racial lines for whites, blacks, hispanics and Asian. “What we’re seeing is clear evidence that cancer prevention is working.” This month, the CDC reported the number of adults who smoke has dropped below 20 percent. (Chicago Tribune)

A Murfreesboro, Tenn. woman who recently found $100K in the bathroom of a local restaurant returned the money after the owner called in and described it. The honest woman even refused a $1,000 reward after hearing that the woman “needed every penny”. (Video at Good News Network)

While the misfortunes of others lured hundreds of bargain hunters to the Texas foreclosure auction, one Dallas woman bought a stranger’s foreclosed home, and gave it back to her. Rockwall resident Marilyn Mock didn’t even know where the house was, but after talking to the sobbing owner in the hallway, decided to help.  (Story at WFAA, Dallas; CNN Video via Good News Network)

Workers at the family-owned Peer Bearing Co. in Waukegan, Ill., broke down in tears after seeing the checks given to them as year-end bonuses. 230 employees each received an envelope with a special holiday bonus, along with a handwritten thank-you card from the Spungen family addressed, “to our extended family”. Some received $30,000, based on years of service. One longtime employee was stunned to see a check for $100,000. (Video via Good News Network) 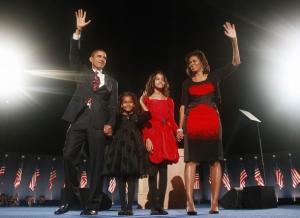 No matter your politics this year, the unfolding of the candidacy of Barack Obama and the eventual historic electoral sweep, leaves all objective observers a bit awe-inspired by what happened this year: 45 years after Martin Luther King Jr.’s I Have A Dream speech, during a time of economic upheaval, an 80% white majority country elected a skinny black kid with a foreign name to be its leader.

Maybe we crossed the fulcrum of generational shift in attitudes regarding the acceptability of a black president. Maybe we simply recognized a leader for the times, and ultimately didn’t care what he looked like. One thing is certain, Martin’s dream did come true, and America voted for the content of a man’s character — not for the color of a man’s skin. Countries around the world, minorities and ruling classes, took note. They raised their chins a little higher when considering this surprise turn of events in America. Even staunch Republicans are wishing Mr. Obama well and seem hopeful for 2009 and beyond.  (AP Video via Good News Network)