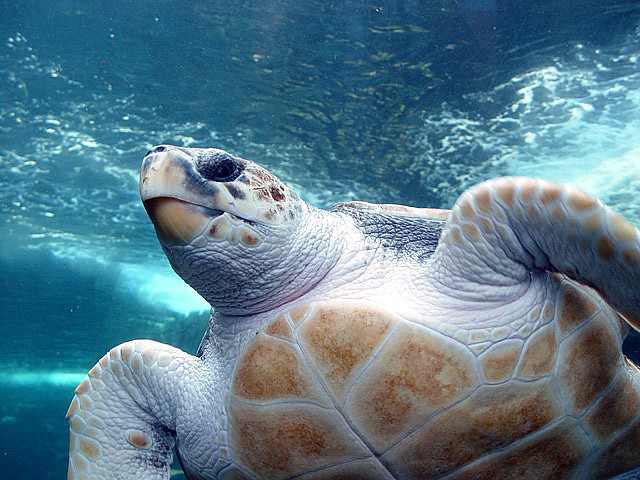 Almost half of the US coastline from North Carolina to Mississippi has just been designated as critical habitat for threatened loggerhead sea turtles of the Atlantic Ocean and Gulf coasts.

The federal agencies of NOAA and the Fish and Wildlife Service made their final ruling after a year of comment period, acting to declare 88 beaches as critical to the marine species’ survival. These beaches account for 48 percent of an estimated 1,531 miles of coastal shoreline used by loggerheads, which contain about 84 percent of their documented nests.

“Given the vital role loggerhead sea turtles play in maintaining the health of our oceans, rebuilding their populations is key as we work to ensure healthy and resilient oceans for generations to come,” said Eileen Sobeck, assistant administrator for fisheries at the National Oceanic and Atmospheric Administration (NOAA).

NOAA designated several marine habitats as critical to the turtles, too, including *Sargassum* habitat, which is home to the majority of juvenile turtles in the western Gulf of Mexico, and U.S. waters within the Gulf Stream and some nearshore areas off nesting beaches.

“Coastal communities from North Carolina to Mississippi are also intrinsically tied to these shorelines and waters. By conserving the turtle and protecting its habitat, we are helping preserve not only this emblematic species, but also the way of life for millions of Americans,” said USFWS Director Dan Ashe.

Under the Endangered Species Act, critical habitat is defined as areas containing features essential to the conservation of a listed species. This designation will not create preserves or refuges or affect land ownership in the six states of North Carolina, South Carolina, Georgia, Florida, Alabama and Mississippi. It only restricts human activities in situations where federal actions are involved, such as funding or issuing permits. In those cases, the federal agency concerned works with NOAA Fisheries or USFWS to “avoid, reduce or mitigate potential impacts to the species’ habitat”.

The loggerhead is the most common sea turtle in southeastern United States, nesting along the Atlantic Coast of Florida, South Carolina, Georgia and North Carolina and along the Gulf Coast. It is a long-lived, slow-growing species, vulnerable to various threats including loss of natural beaches, vessel strikes and fishing nets.