Home All News Arts & Leisure 50 Shades Of Gray Paint: Colorblind Bask In Joy of Painting Too... 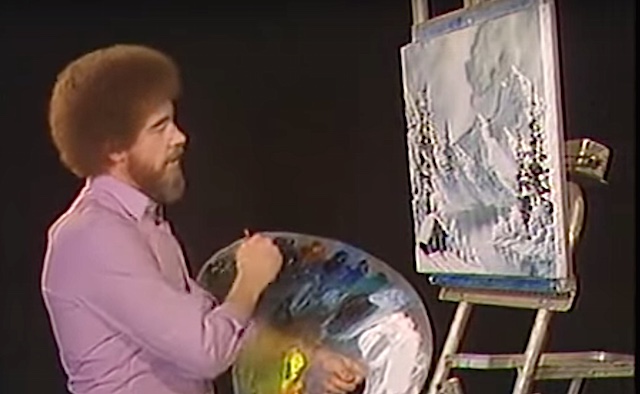 There has never been a television show as soothing to the ears and as calming to the soul as “The Joy of Painting.”

Host Bob Ross’ soft voice would gently describe each added detail in real time as he created “happy little trees” amid mountain landscapes. After listening to him, you just wanted to live inside the scenes he created on canvas.

Not everyone could see those colorful vistas, so, during the show’s second season in 1984, he created an episode especially for colorblind people using nothing but shades of gray. Ross wanted them to enjoy painting, too.

‘M’ is for ‘Maria’, Who Will be Missed After Four Decades on Sesame Street

For this show he limited his palette to Prussian Blue, Van Dyke Brown, and Titanium White to add the splashes of light.

The episode, which popped up recently on YouTube, is another reminder of the wonderful worlds Ross created on Public Television with a brush, canvas, and calm, reassuring words.