Home All News Inspiring Woman’s Labor of Love From Her Basement Racks Up 160,000 Handwritten Holiday... 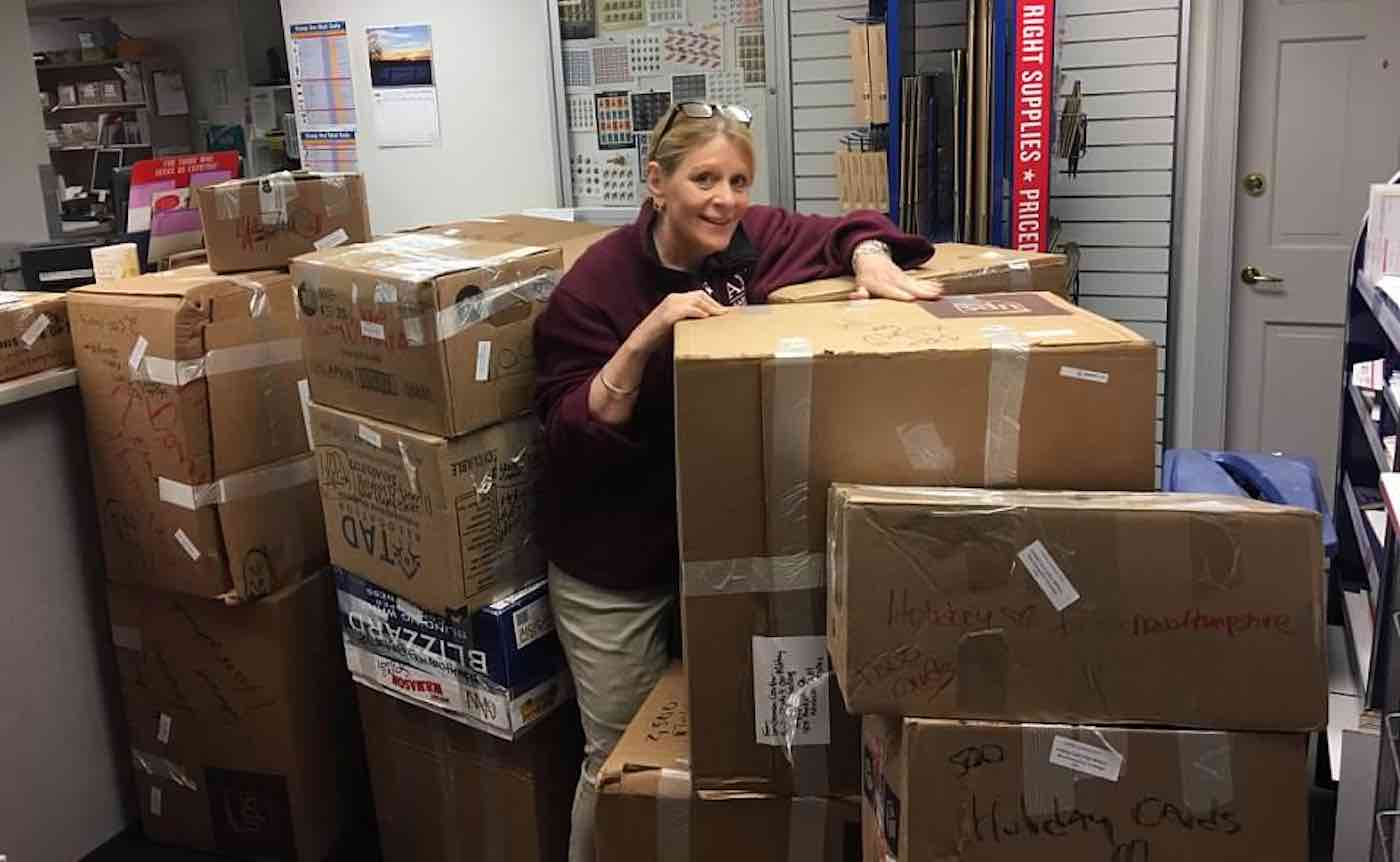 It has been 17 years since Laura Landerman-Garber first started her own holiday tradition out of the basement of her New Hampshire home—and it has now grown into a massive international labor of love.

Landerman-Garber had been having Thanksgiving with her family when they decided to write some holiday greeting cards for American servicemen stationed overseas. After continuing the tradition for several years, she asked her other friends and family members to send their own letters as well.

“The thought of someone being away at a time when in our culture, in American culture particularly, the holidays are all about gathering together… for me, I wanted to be able to reach out and just maybe give a little bit of a bridge so that person who is far away feels a little tiny bit closer to home,” Landerman-Garber told CNN.

MORE: After ‘Mountain Santa’ Dad Spent 42 Years Giving Away Gifts to Poor Families, His Son Decides to Do the Same

Since her project garnered an impressive amount of mail, she launched her Holiday Cards for Our Military organization from her basement—and the nonprofit is now preparing to send more than 160,000 cards to US troops around the world.

In addition to Landerman-Garber receiving cards from adults, children, and students from more than 32 US states, she has also received greeting cards from Guam and Canada. She has even received cards from several active presidential candidates, such as Mark Sanford, Elizabeth Warren, Joe Biden, and Bernie Sanders.

Landerman-Garber’s nonprofit will be collecting holiday cards until December 15th. If you want more information on how you can send in some greeting cards of your own, feel free to check out their website.