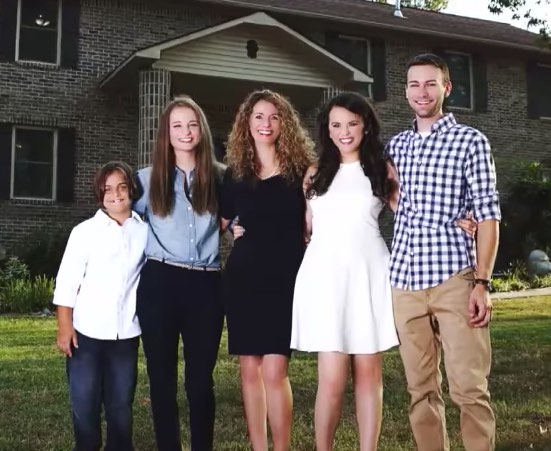 Cara Brookins and her four children had had a difficult couple of years since escaping from two terrible marriages – but then the family turned their lives around by building their own dream home from scratch.

The 45-year-old mother was put to the test when her first husband’s mental health dissolved into paranoid schizophrenia. Even after the divorce, he continued to harass and scare the family. Her second husband, whom she thought to be a more stable man, became increasingly violent and abusive.

Cara moved into a tiny home in Little Rock, Arkansas with her kids, ages 2, 11, 15, and 17. Though it was small, they didn’t have the money for a larger home. They did, however, have the money to build a house themselves.

Struck by inspiration, Cara bought one acre of land and all the supplies necessary to build a five-person house. They learned about construction the only way they could afford: by watching YouTube videos.

The family started building in 2008, and for 9 long months, the team worked tirelessly on their future home. During the day, the kids went to school and Cara worked as a computer analyst. When they all returned home, they would work until bed time, sometimes by the light of car headlights.

MORE: Check Out This Bar’s Simple But Clever Way of Combatting Sexual Assault

“They were all in,” Brookins proudly told CBS News. “My biggest fear was that my teenagers would wake up and say, ‘No, I’m not doing this.’ And it never happened. It was the first time they had felt any sort of power, any sort of control over their lives. And they knew how much they needed it.”

Cara’s book, Rise: How a Home Built a Family, details her family’s struggles and perseverance. It will be released on January 24th.