Home All News World This Ancient Oak Has Just Been Voted England’s Favorite Tree for Its... 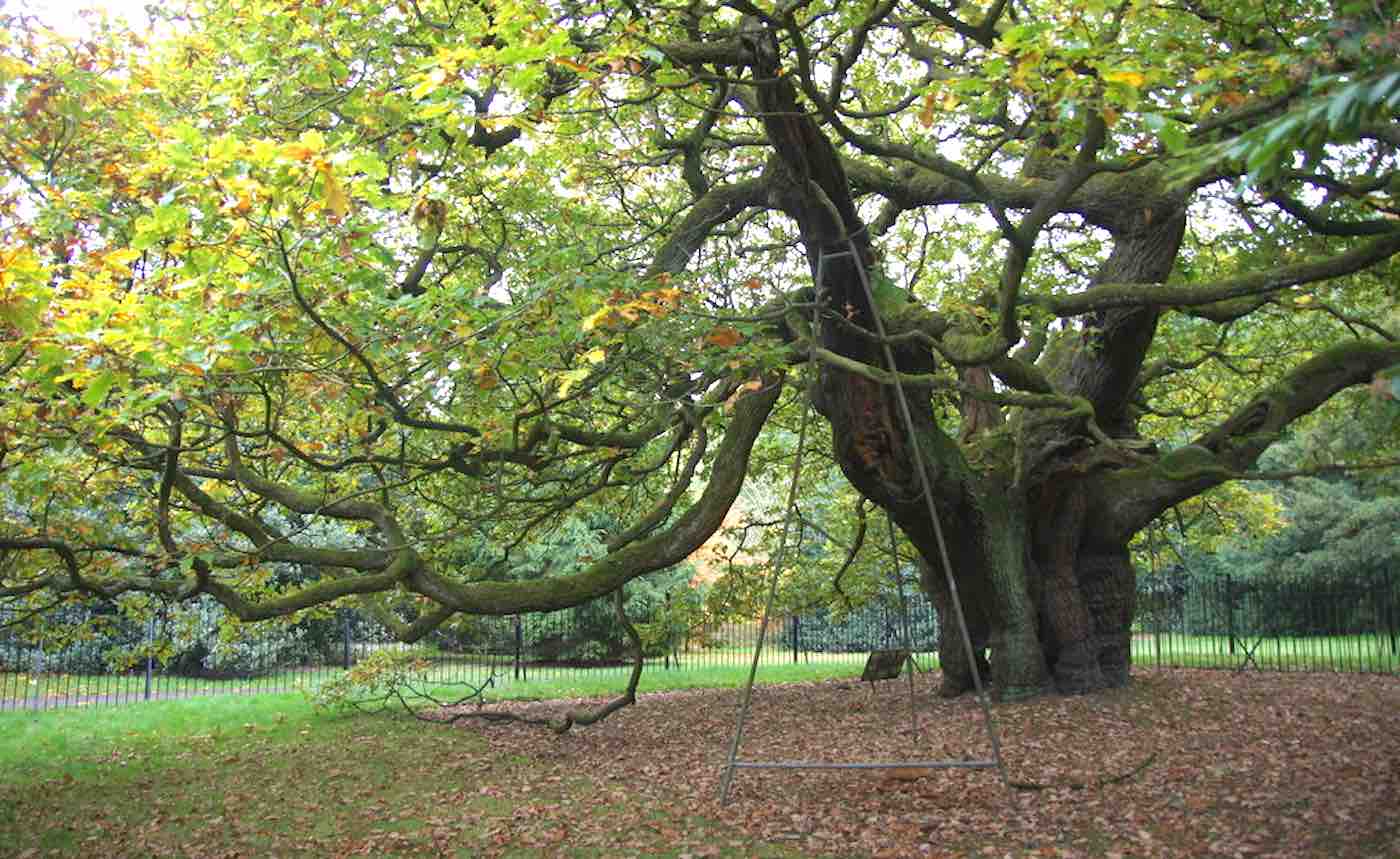 This 11th century tree tucked away in the suburbs of Liverpool has just won a 21st century prize.

Liverpool’s Allerton Oak tree—which is said to have been present in the city when the Normans conquered England in 1066—has just won England’s 2019 Tree of the Year award: a contest which has been celebrating trees for their beauty, character, and special history across Ireland and the UK since 2014.

Receiving 34% of the 11,000 votes in the contest, the Merseyside Oak defeated a sycamore growing atop a castle in Essex and “The Dragon Tree” on the Isle of Wight to claim the coveted arboreal prize. Allerton Oak will represent its home country in the 2020 European Tree of the Year contest held next year.

According to local legend, The Dragon Tree is actually the body of a fearsome dragon, slain by a knight returning to England from the Holy Land. Upon its death, the dragon’s body turned into a gnarled oak; its feet digging into the ground to become roots.

The Allerton Oak, on the other hand, is believed to be more than 1,000 years old—and it has played a far greater part in Liverpool’s history than simply standing still and converting CO2 to oxygen. A placard at the foot of the great tree reads “One thousand years ago, Allerton did not possess a courthouse and it is believed that the sittings of the Hundred Court were held under the spreading branches of this tree.”

In World War II, Liverpoolians who were off fighting in Europe often received acorns and leaves from the Allerton Oak as a little piece of home, and a sign of strength to protect them in battle.

In 1086, William the Conqueror requisitioned the famous Domesday Book, a large land registry, and one that has helped modern Britons snatch a glimpse of what was present on their island a thousand years before they were.

The suburb of Allerton was mentioned in that book, and experts believe that’s a good indication the tree was there when the census was conducted.

The trunk of the beloved tree features a large crack; attributed to the explosion of a gunpowder ship on the River Mersey in 1864.

Reprinted with permission from World At Large

Plant Some Positivity By Sharing The Enlightening Story With Your Friends On Social Media – Photo by Geograph.UK