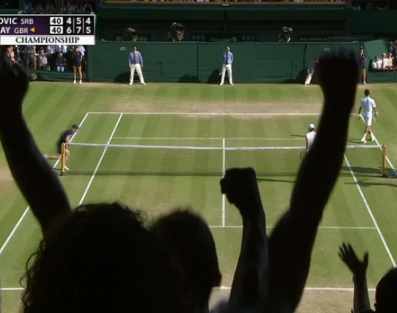 From the lawns of Wimbledon to the lochs of Scotland, all of Britain can celebrate.

Andy Murray made it possible Sunday, winning his country’s hallowed tennis tournament to become the first British man in 77 years to raise the trophy at the All England Club.

Yes, this was history, and Murray’s hard-fought 6-4, 7-5, 6-4 victory over top-seeded Novak Djokovic was a fitting close to nearly eight decades of British frustration in its own backyard.

(WATCH the video or READ the full story from ESPN)